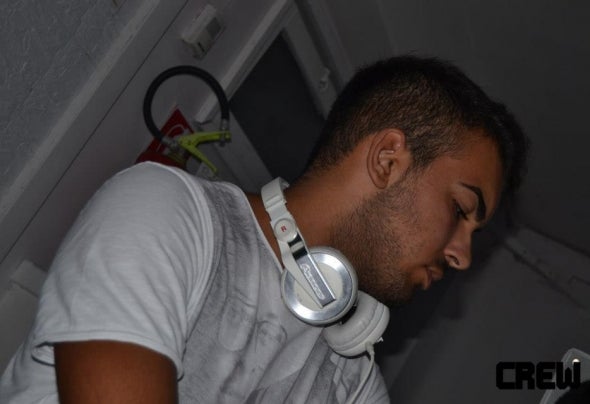 Raffaele Greco, was born in Taranto in 1994.At the age of 13 he begins to approach the music and mixing Hip Hop tracks using basic softwares.After a year,he begins to approach the House and electronic music, starting to become familiar with programs such as Ableton Live 7.At the age of 15, he comes in contact with some of the best producers in Taranto, like Floska (Viva Music), Flex (Tzinah, Escapism), and Francesco Gualtieri (SK Supreme, Niveous, Eintakt), and goes out on beatport with his first release on Vida! Recordings, known as DJ RFX (Italy), earning a spot in the charts of Dubfire (October 2010) and then in the Top 100 of Beatport tech house chart, starting to work with most advanced softwares like Reason 5 and Ableton Suite 8 using the "Rewire'' function. After a year he starts a collaboration with his friend Simone Martines (Martin-es), producing tracks like "Es La Luz" [Vida! Recordings], "Available" [Expectancy records], with 2 versions included in the compilation CAFE DEL MAR IBIZA, If We Dance [Tools & Stuff] and Cultures EP [Esemtrax]. In 2012 he starts producing with his real name, with a release on Aurour Records, played by Dubfire. In the same year's summer he releases on Diva Records and in October with Wound Music.In the 2012 winter he starts a collaboration with a friend, Marco Bruno, making for him a Remix on Esemtrax, ''Kill the Industry''.