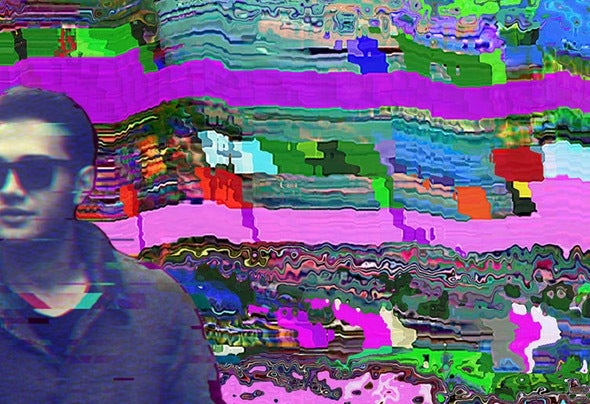 Meric is a music producer, DJ and an instructor since 2013.The story began when Meric discovered his brother’s cassettes and drawn into the vortex of 90’s house music, more the London sound. In addition to art, realising his passion for positive sciences led him to become a civil engineer after his hard study period in Istanbul Technical University. Shortly after graduation he started working as a designer and a project planner in a major construction company Enka, the rhythm in machineries led to sleepless nights of production try outs, the industrial sounds becoming some how music, repetition and patterns. "Wait a sec, do we live our own lives? Or do we live the life as society dictates?”. Not afraid to step out of his comfort zone, his boundless appreciation for music has caused him to decide dedicating himself to produce & perform music, leaving behind his ex- career, stopping his work as an engineer. Just like ‘the invisible architecture’, where the design is not appearance but experience, Meric knew that the ambiance of a construction is a hidden fact, the sound effects us physiologically, psychologically, cognitively, behaviourally all the time, it effects us even though we’re not conscious of it. Going back to his roots, all those amazing work of the best architecture Mimar Sinan, Meric was awakening and blending his knowledge with todays music technology & art, listening 90s house records, producing with those inspirations, grinding and grinding day and night on his new path, from sound to music just as his transformation from engineer to producer.Now a days he releases under the name called ‘Purple Phase’ from major labels, as well as partnering with Unis, their new record label ‘Plaktone’.His motto is, every time to create original and to reveal the uncharted in opposition to ordinariness and stereotype while being accessible.