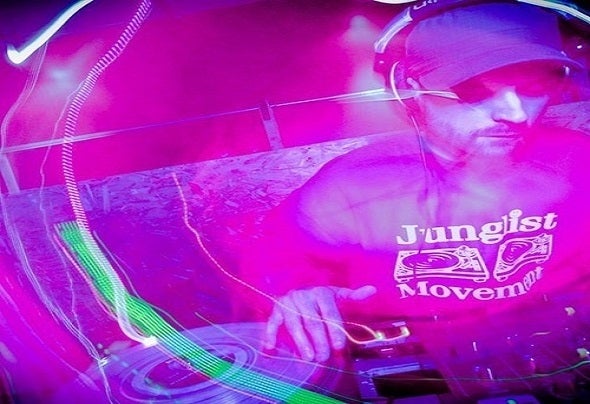 Born in Montreal, Canada, Nitrous (also know as D-Joos) grew up listening to a wide range of different music (Hip- Hop, Metal, Grunge, Punk, Rock). He was first exposed to electronic music in the early 90's through the now infamous Goldie track, Inner City Life.This is where everything changed for him, slowly starting buying vinyls and first spinning House and Techno music. He later made the big switch and started spinning exclusively Drum and Bass. In 1999, he created his own production company called “Kracked Knuckles”, doing small and intimate dnb events in Montreal. He later founded the “In Da Jungle” production company with Dj`s Galaksy and Axionfigga, that created Havoc in the Montreal dnb scene for over 5 years, bringin` only the best dnb dj`s in town, in the likes of John B and Klute.Nitrous is now well established in the Montreal dnb scene, havin` played alongside many international dj`s by the likes of Concord Dawn (NZ ), Kenny Ken (UK), Kemal (UK), Klute (UK), John B (UK), Panacea (Germany), Digital (UK) and Juju (USA).In 2003, he got introduced to music production, using Propellerhead`s Reason and Ableton Live to create his own sounds. He has now numerous tracks available on his own Digital Label “In Da Jungle Recordings” that he founded in 2006 with Nick and Erina Z . Check it out right here: http://www.indajunglerecording.com/