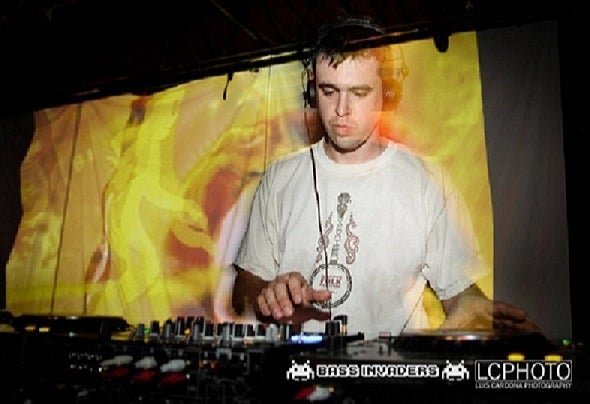 Allan Hanley aka Turtilian started off back in the turn of the Millennia as DJ Turtle, working the local underground rave scene in his home town of Winnipeg. His musical tastes have ventured through the sounds of drum n bass, 2 step, garage, breaks, uk funky, and dubstep, always keeping with the bass as the voice. He’s opened for the likes of Crash , Freaky Flow, Capital J, Infiltrata, General Midi, Deekline, Vilify, Evol Intent, Venetian Snares, N-Type, Edit, Numark, Datsik, Excision, Downlink, Mark Instinct, Benny Page, Joe Nice, Propa Tingz, DJ Hype, Danny Byrd, Total Science and Marcus Visionary.Now out of Montreal and making tunes at a dizzy pace, focusing mainly on the dark garage influence in dubstep, (as well as the odd grimy banger), Turtilian is set to drop tracks solo and back to back theo tzu, first on a colaboration with the launch of the new Winnipeg label, Phantohms . Als o watch for turtilian and theo tzu on their second EP with Phantohms in the beginning of 2013. Many solo releases are also in the works, one coming soon on Montreal label Monkey Dub, so keep your eyes and ears open!Over the duration of his career he has played and produced popular weeklies as well as long running university radio shows on both UMFM and CKUW. In 2011 he embarked on his first West Coast Tour and played to sold out shows along the Ski Bum trail, including Bass Night at the Dancing Sas quatch in Banff, AB with DJ Cain.1, and monday night bass night in Fernie BC. (Go Sadie, Go!!), doing the same tour again in 2012.In Montreal,you can catch Turtilian dropping personal and camp business in club nights and underground parties alike. Just coming up on his one year anniversary in Montreal, and he’s already worked with such crews as Bassix, Hardtimes, The Session, DnB Lives Here, the Digital Crew, and of course Bass Drive, Vilify’s madhouse at Le Belmont, now four years running. He also co-hosts Bass Renegades on emergencyfm.com with DJ Nitrous, owner of Monkey Dub and In Da Jungle Recordings.