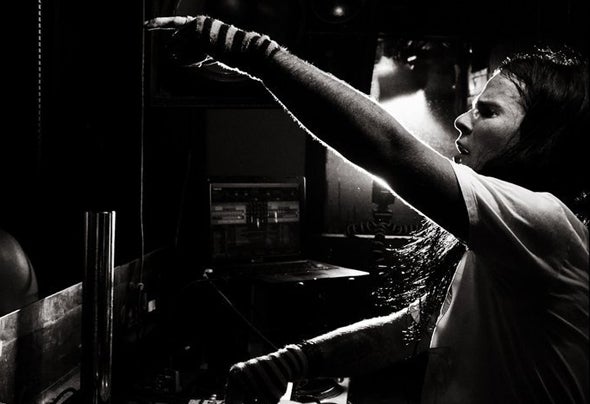 Myles Away is a musician/producer/DJ living and creating in Vancouver, BC, but has lived all around the world from Florida to Singapore. After years of writing music on his guitar and piano, Myles left Los Angeles and moved to Vancouver and under the guidance of NOG, myles AWAY was taught the ins-and-outs of producing music with big bass lines and heavy beats.After hitting the Vancouver scene only a short while ago, myles AWAY has made some waves playing along side local heavy hitters and out of town headliners (16bit, Mimosa, Tipper, Vibesquad, Virtual Boy, Ed Solo, Propa Tingz, Zeds Dead, Ill Gates and many more!). In 2009 he joined the Integrated Grime Unit which includes Glitchy & Scratchy (Mongoose/Bevvy Swift), Dewey dB, Deeps, ill-Esha, NOG Chompa, Application, Fluxo, Chilly, and Frank Grimes.myles AWAY has had multiple Western Canadian tours, played festivals all over BC and Alberta, had songs of his dropped at Shambhala (by Subvert, Glitchy&Scratchy, and Mat the Alien), has tracks signed to Crude Records, Really Good Records, and East Van Digital, had a #1 song on Addictech.com with Glitchy & Scratchy, and he shows no signs of slowing! The shows are always evolving and he always delivers high energy and passionate performances.