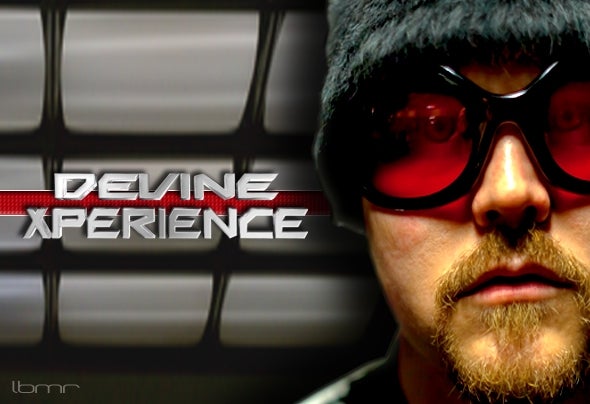 The Devine Xperience is a live music act that plays a unique blend of electronic dance music with elements of breakbeat, dubstep, trap, and trance. Their music has been described as timeless by music critics that have tried to categorize it. Robert Devine creates and records the music. Vanessa Garic is the Creative Director guiding the artistic and visual aspects of the group also lending her skills as a live performer. Enki Siruz is the audio engineer and is responsible for adding the polish and sparkle to the music and is also featured as a live performer.Robert Jaros AKA Robert Devine began playing the piano at the age of 5, then in junior high school he started to play the drums and percussion then he moved on to the guitar and bass in high school. Robert's first live performances were with various punk bands that he played either the guitar, bass, or sang in during his high school years, in 1992 he attended what he believed to be a Deee Lite concert but it was actually very much more. This was the first Rave party that Robert had ever attended, that night he witnessed the Rabbit in the Moon performing live and it changed his life forever.... He immediately acquired a Roland XP-80 synthesizer and began work on what would become his passion in life, producing music. Throughout the 90's Robert produced and performed Breakbeat, Drum & Bass, and House Music Live P.A. Shows in the Southeast Rave Scene under the name of The Devine X-Perience while concurrently MC'ing at various parties. Then in the early 2000's he began producing Hip Hop for various Artists all over the US and opening for various artists such as Lil Wayne, Young Dro, Cashis, D4L, Pastor Troy, and Lil Jon and the Eastside Boyz and others of that caliber while continuing to develop what would become The Devine Xperience on the side during what little free time he had. Robert has put his blood, sweat, and tears into this album that he has been recording during the past 6 years, Robert is a raver to the core and Believes in Peace, Love, Unity, and Respect as his guiding principles in life. His dream is to bring his magical and unique sound into the ears of all across the globe in the form of the Devine Xperience.Vanessa Garic's passion for artistry lead to her interest in makeup, special effects, and fashion. She attended Sunset Gower Studios Makeup Academy in Hollywood and later became a personnel stylist for Louis Vuitton in Beverly Hills, California.Assisting many of her loyal clients in the luxury of their homes, she helped build their wardrobes; also gaining long lasting relationships.She later moved into the world of Haute Joaillerie, studying gemstones and providing buying advice to consumers for Chopard, the Swiss based luxury jeweler. Working in collaboration with Hollywood industry events, she worked with stylist dressing several people, often hand delivering a selection of jewels to choose from.She has a passion for painting and the visual arts and she continues to paint, which had always been close to her heart.Music and painting have always fueled her energy for finding ways to create new and exciting experiences, which she definitely has delivered with her contributions to this project. Some of her favorite musical influences are New Order, Elliot Smith, DJ Keoki, The Dandy Warhols, Brian Johnstown Massacre, Coco Rosie, and The Breeders.Enki Siruz was born in Los Angeles California and was raised in the San Fernando Valley. He grew up listening to a variety of musical influences such as the Doors, Bob Marley, Jimi Hendrix, Sublime, and Nirvana. He loves to watch live performances and is always attending various music events. He is a graduate of Musicians Institute in the Audio Engineering Program. His goal is to make some of the best sounding, high quality albums the world has ever heard by infusing different music genres to create Amazing Sounding Projects.