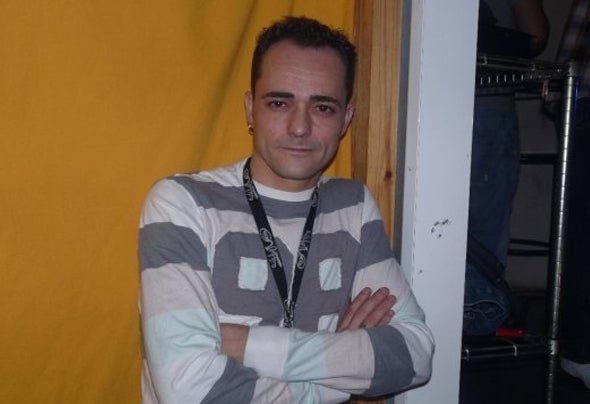 Aside from its great professionalism in cab and in his role as producer, one might mention that it is a dj & producer nationally and internationally with a wide musical career behind her, which guarantees on any of the sets where he can be seen.Also of note in this versatile artist both in producing as when inserting some vowels own.Note that this famous dj has his own radio show called dream & passion in national circulation station in connection dance which takes us on a musical variety present in the house most select and avant-garde at the time.Moyset dj Kampbell is a prestigious recognition in the field of House music in all its facets.Also, behind this name lies a talented music producer who has set trends in every room where punctured his music, always open and clear and very definite trends in the European sound served as a reference for further training both bands as various dj's within the music school.moyset Kampbell, with their extensive experience working began DJing professionally in 2000 and his own suitcase out issues that were adopted as great hymns of the House in culture by different ballrooms.As a professional DJ is a multifaceted person whose musical style encompasses the house, tech-house, prog-house, tribal house. ultimately the purest house in all its essence.Suicide Robot (Germany) 2seconds Records (Spain)Although vinyl nostalgic declared himself an advocate of new technologies that do not want to be boxed into any particular style because it uses a variety of music in his sets and productions as a reference always following club cultureAlbert The purpose of today is to reach the hearts of all his listeners creating electronic style that characterizes him and visionary, grow as an artist internationally with effort and perseverance.