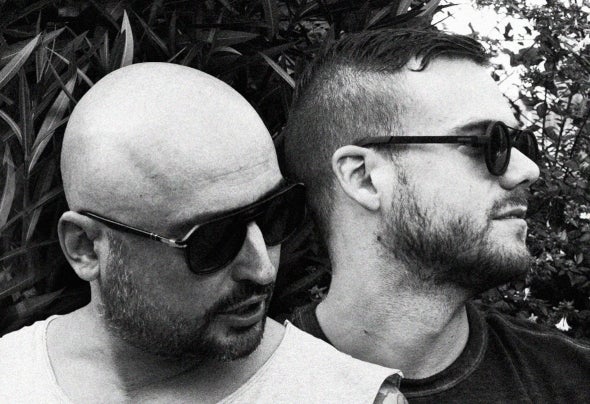 MATCH POINT is a story that comes from afar and tells about the adventures of two artists and the way their paths have finally crossed. MATCH POINT are MAX D. BLAS and GIANLUCA MARCATI, two Italian artists who contributed to 'write' the history of clubbing in the Northeast of Italy of the last decade, representing two of the leading icons of the national electronic music scene. Max is in fact the main dj (and co-founder) of ALTAVOZ, one of the most famous and appreciated electronic music events in Italy and Europe. Gianluca is instead the resident dj of IL MURETTO, the legendary club of Jesolo famous worldwide. But their story goes much further.. It's a story that talks about thousands of dj sets, the production of dozens of records, the organization of many huge events and the management of some underground labels. But -above all- it's a story about a great friendship... A friendship that was born a long time ago, in the typical way the strongest fellowships begin: arguing about something stupid. Something so insignificant and trivial that the guys don't even remember... And that, in fact, slowly turned into a long and deep conversation about music, arts and all the topics you 'normally' talk about on a dirty couch in the backstage of a club late at night. But unlike those 'late night brotherhoods' vanishing at the dawn, their friendship continued and grew up over the years fueled by the same vision of music. Unfortunately, due to previous professional commitments, it took a long time before their fellowship could evolve into a music partnership. But at the end it came the time... And finally Max and Gianluca could find themselves at the right place, at the right time: the MATCH POINT.