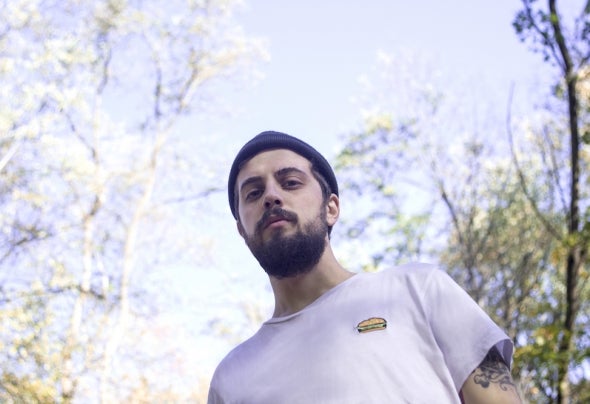 Martin Noise is a DJ / Producer from Buenos Aires, based in Barcelona, dedicated to the research and the experimentation of new sounds oriented to the danceoor. He studied music production at Music School of Buenos Aires (EMBA) and he is owner of Playground Records with Kuunde and Moses. Since he was a child his passion for music was evident, that's why when he became a teenager he started playing and producing different bands of rock, punk and post punk to decant in what would be his last project before focusing purely on electronic music, Blackinside which he record the Ep called "The Real". After the Blackinside separation he launches his career as a DJ and after some years playing he moves to Barcelona where he actually lives. In all this years as a Dj he has been playing at some of the most important venues in the places that he has visited like Razzmatazz, La Terrrazza, City Hall, Macarena, This Side UP in Barcelona, Kater Blau in Berlin, Garage in Paris, Bar Union in St. Petersburg, Siroco and Ballesta Club in Madrid, Niceto Club, Shamrock Basement and Mute Mar del Plata in Buenos Aires and Bar Loreto in Santiago de Chile and sharing booths with artists like Sascha Funke, Moscoman, The Hacker, Swayzak, Kasper Bjørke, Rex The Dog, Ewan Pearson, Fairmont, Terence Fixmer, Justin Robertson, Djedjotronic, FJAAK, Audiojack, Tim Green, Simple Symmetry, Autarkic, Camea, Demian, La Mverte, Curses, Zombies In Miami, Cabaret Nocturne, Undo, Theus Mago, Damon Jee, Iñigo Vontier, Thomass Jackson, Golden Bug, Asaf Samuel, Javi Redondo, Alvaro Cabana, Richard Rossa, Roe Deers, Pardon Moi, Djs Pareja and Carisma among others. Nowadays in addition to Playground he is resident of the well-known club This Side UP and he is focused on his own productions, releasing music not only on Playground Records but also on Calypso, Ombra International, Duro, Logical Records, Night Noise and Controlla.