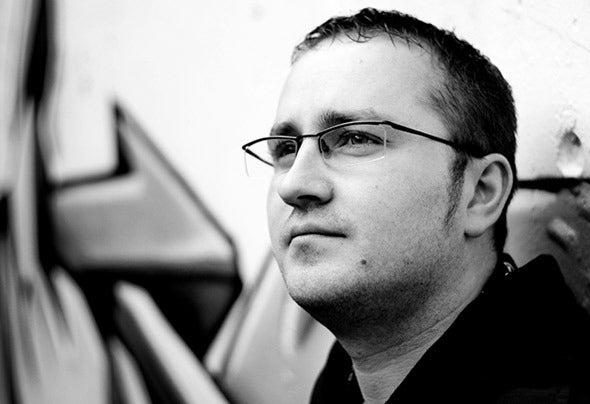 Marcel Best was born in 1979 and his interest in music and artwork began early. His curiosity led him to explore many different genres and styles as he began to learn more about music-production and recording. In the late 80s he bought his first tape deck, which he subsequently used to create hand cut mix-tapes for his friends. His friends were impressed by his ability to delicately handle the equipment and could not understand how such mixes were possible with solely a tape deck and a radio. It was through these unique mixes that Marcel was able to explore his fascination and further his knowledge of music.When he started working in a PA equipment rental store, Marcel learned more about the electronics themselves and began to understand how they actually function from the inside. He learned more about hi-fi car stereos, PA systems and, of course, DJ equipment. The ultimate result of all this exploration was that Marcel began to spin and he began to build his own hi-fi stereo systems.In his school years he started some work with a punk band and purchased his first synthesizer. His work with the band quickly convinced him that this was not what he wanted to be doing. When it became clear that the drummer could not keep tempo Marcel ended his relationship with the band and started looking into metal and speed metal. Marcel’s growing knowledge allowed him to differentiate between the sounds he wanted to hear and those he didn’t. He began to understand here the importance of having an emotional driving force behind the music he made.And then came the club sounds. It was the HR3 Clubnight in Frankfurt that really taught Marcel what it means to go clubbing. He immediately wanted to know more. He dove into his small vinyl collection he had at home, and his work soon inspired him to become a DJ. Marcel began to spin techno plates and house sounds which eventually led to drum and bass in 2000, a sound he found he truly enjoyed.It was in the middle of that year that Marcel met DJ Riddler and the two began cooperative work to rock the floor. Marcel became known as Stepz and the Double-Breakz- Soundsystem was born. Together they played as the resident DJs at Club-Schilli in Ulm and they played at other parties, for example at the Falkendom in Bielefeld, gradually building an international guest-list and name for themselves. The word spread, and in 2001 they had their biggest drum and bass gig at the time, “Tanz der Hexen” in Ulm.It was at about this time that Marcel began to learn more about the art behind music production. He invested in equipment for a studio and began creating his first computer generated sounds, even though deck spinning was the technique that still ruled at that time. In 2004 Marcel retired from drum and bass as he wanted to have more time to think about his own productions and he wanted to produce his own sounds. Marcel began to work in close collaboration with David Phillips, an internationally known DJ / producer/ label owner.It was David Phillips who began to nurture the potential he saw in Marcel, and he took the time to help Marcel on his way to developing a progressive house sound.After yearsof practice Marcel finally had the chance to release his own music: they named the project “David Phillips & Marcel Best”. After their release of “Approximate 003′′ from the Royal Rumble Series, they continued their work together to discover their own unique sound.