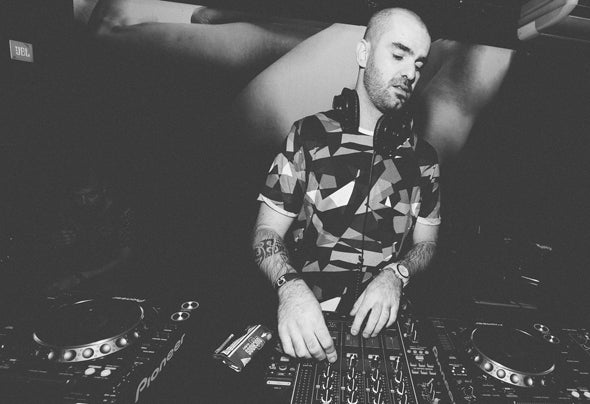 This young catalan dj / producer started his first steps in electronic music with 16 years old. Influenced by labels such as Desolat, Life and Death, Hot Creations, Apollonia, Hot Creations, Visonquest, Perlon and many more.. has earned him a place in the music world due to his great eclectism,the empathy that characterizes his tracks and brilliant sessions delivering his sofisticated music selection to his listeners,who connect quickly with his impulsive and irrepressible delivery for the music. He is also known for being fully involved in the world of producing,which he has learnt by himself to develop his style of music,deeper house and fresh tech are his styles that he focuses his music,always trying to give a fresh and dark touch to the best house music.His sets are loaded with dynamism characterized by the vibe delivered from the dj booth, deep, tech house and techno are the musical speeches that can be heard from his sets. A published records on labels like, Stab Recordings Germany, Undertechnical Recordings, Sound Of Square Records, Dynamo Recordings, Massive Records,Tecnove Records, 4th Records and Next Level Lab, what the owner. Is also co-founder of November Music with his friend Nögue.