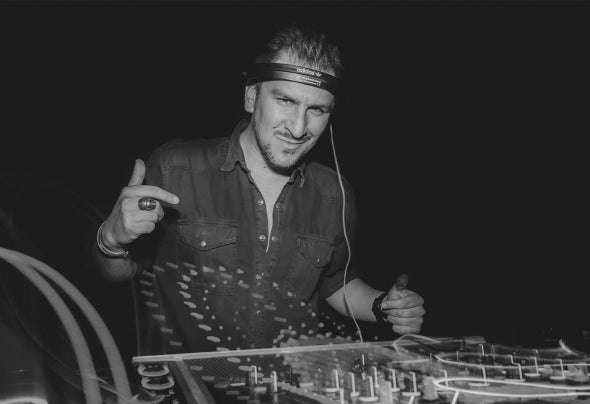 Lafrench Toast is a Dj/Producer and Remixer that plays electronic music with a strong influence in House, Nu Disco, Alternative Rock, New Wave, Synth Pop.Born and raised in Colombia start his career in 2007 performing for the best Clubs and Bars in the country with several residences in electronic and Alternative venues in Bogota; He has participated in local festivals such as Estéreo Picnic, SOMA, Rock al Parque, and Festival de Verano de Bogotá sharing stage with Claptone, Capital Cities, Miami Horror, Bag Raiders, Is Tropical, Tippy Toes, Thieves Like Us, Kygo, Hercules and The love Affair, Toro y Moi, Digitaria, Instituto Mejicano del Sonido, Fred Falke, John Acquaviva and many others. As well envolved in alternate fashion he plays for brands like Diesel, Superdry and adidas Originals.Made his Debut as a producer in 2012 with remixes for The Rapture, Thieves Like Us, Depeche Mode, Phoenix, Moby and Miami Horror, becoming one of the most important producers of electronic music in his country. On february 2014 released the first studio EP called “Travel Between the Stars” with 4 original tracks and 2 remixes from “Starflight” Single available on different platforms and online stores. On April 2015 his new EP "Living In A Drum Machine" is coming with a three original tracks including Brooklyn Finest, a story about NY City trip through korg machines and a strong 90's Chicago House influence. 2016 he comes with a renovated sound on a new 3 cuts EP, vocal performed by himself called "Enciende Mi Ritmo", and "Mar Azul" single. This year 2018 celebrates the 10th anniversary on scene and is coming with full analog sounds for a new EP Fly ́N Dive.