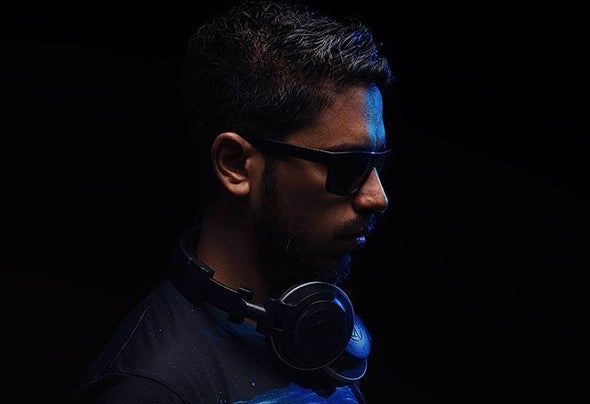 Ken Zo - Born in Mauritius Ken Zo created this project while studying in Melbourne Australia. After 3.5 years, of playing in Australia, he returned to Mauritius in 2014. Now based in Mauritius, Ken Zo is on the forefront of the Mauritian electronic scene. As a DJ he is known to be verstatile, catering for a wide spectrum of genres from deep house to full on psychedelic trance. He retains this versatility with his compositions and fuses the sub genres of techno & psychedelic to forge his own take of 'PsyTech'. In 2017, he was awarded the Backstage Award for Best DJ. He grew up surrounded by music. His mother was his rst music teacher going over the basics of piano and singing. His parents enrolled him for violin classes at the age of 7 at the Conservatoire de Musique Francois Mitterrand where he also learnt music theory in french. At the age of 13 he moved on to the Conservatoire de Musique Frederic Chopin where he was trained in piano and music theory in English, Simultaneously during his teen years, Fabrice experimented with many genres - pop, rock, rnb - and played in many amateur bands and orchestras playing guitar, violin and keys. He started DJing and producing in 2007 under the alias Mr.Snob playing commercial and progressive house as well as an occasional techno set here and there. The beginning was mostly birthday parties and school fairs with very rare club gigs. His career started picking up around 2011 just when he ew off to Melbourne Australia for his studies. He performed throughout Australia under his knew alias Ken Zo, nding his place within the niche psychedelic community playing fusion sets of techno and psy. After 3,5 years in Australia playing all over, he returned to Mauritius in late 2014 with a Bachelor of Arts in Music Industry from RMIT, Melbourne. Now, Ken Zo is one of the leading DJs in Mauritius and pioneer of local underground culture.