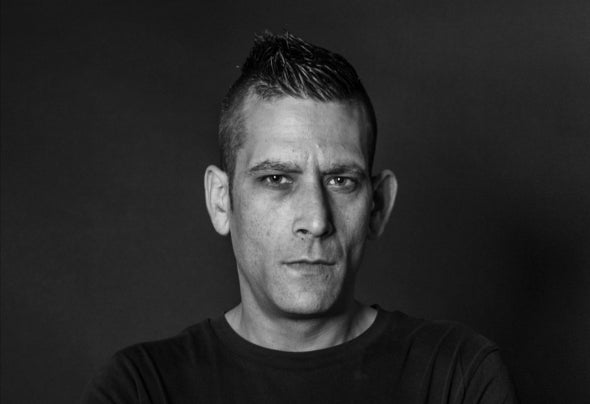 Germán Agudo was born in Madrid on August 12, 1981, at the age of 14 and after completing music studies, begins to take an interest in that style that has always attracted him, techno, it is at that time that he decides to invest in his rst vinyls to start his career as a DJ combining it with his musical studies. He has played in Barcelona OFF Sonar, Family Club, Fabrik Madrid, Next Club Valencia, City Hall Barcelona, Paris 15 Málaga, Sala Groove, La Riviera, Gotham the club, Platform 7, Orbital Club, Kubik, Eden, Es Paradise, Tito's, Jimmy Jazz Gasteiz, Sake, Ekho Club, Chalet 511, Studio 76, Entity, Dubay, Area 42, Loca Fm, Unika Fm, etc In 2014 he began his studies as a music producer, he released his first album in 2016 under the pseudonym Herr-Mann Meyer, being played some of his productions by artists such as Paco Osuna and Stacey Pullen. This year is surprising us with new productions, of a much more rened and blunt sound that is coming out in well-known and high-impact labels, where he makes his signature as an artist clear, bringing out his rst release on Khodem Records and positioning himself at the 45th position of the Top 100 beatport, on its second release on the Codein Music label in a VA compilation by already established producer Dextro and also ranking at the 19th position of the top 100 of beatport and in its last release an album with two original track of the artist for the German label Drehmoments Record and where it has positioned itself at the 48th position of the top 100 of beatport on the Techno chart. Its industrial sound, its elegance in the mixes, its bluntness and its way of winning the audience from the first minute, make its live lyre one of the best. If you haven't had a chance to see him perform now is the time, you'll never forget it.