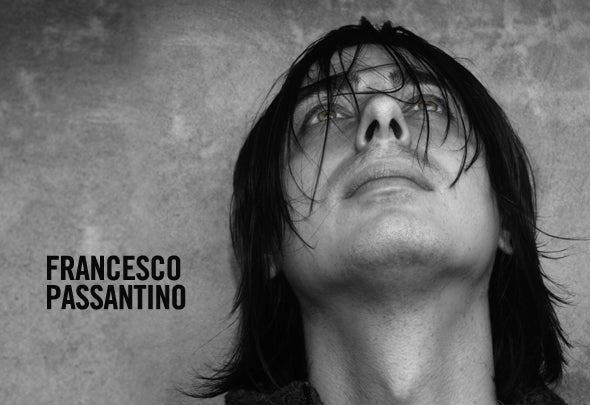 FRANCESCO PASSANTINO dj-producer and label-owner. He is one of the 'heads' of Tractorecords. Since he was a little boy he was attracted from the soundtracks of certain films that introduced, perhaps unconsciously, to music electronic began to smatter in disco on Sunday afternoon. From 1996 to the 1998 he was exhibited like DJ in several clubs and events of relief (Cocoricò, Insomnia, Imperial, Red Zones, The West) and he begins the collaboration with a couple of friends with which he found the Air Kraft Vision carrying the study job (sequences midi and parts played with instruments whith drum-machines and synthesizer) in the disco. On stage were show the machines like MC-303, MC-505, JP-8000 and glorious TR-909 and TB-303 On 2003 he enters to make part of SpostaMenti, it's invents of Francesco Zappalà, he began in the occasion of the Distorsonie Futurmusic Festival, in Bologna Link. On 2004, letting to the shoulders a series of record productions from the reasonable success, he created Tractorecords that today he pursuing with friends Francesco Zappalà and Giosuè Impellizzeri aka Dj Gio MC-505. In dresses of producer, legacy to contexts of Minimal Techno and Tech House, crosses the alpine borders catching up the Germany with Whirlpoolsex Music and Keno Records. Uninterruptedly the collaboration with the German booking Interklang, than gives the possibility to it to catch up, in dresses of guest, main premises scattered in Germany. To all this he adds the collaboration with Sabrina Carnevale and Sonartek and the constant presence of the wireless palimpsest of m2o through the program Soundzrise.