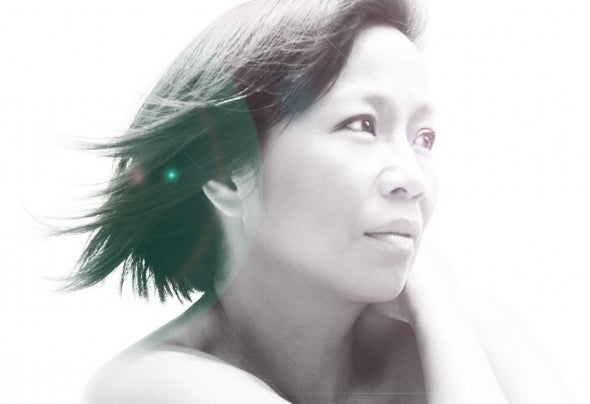 Crypto Bass, is a new phenomena in the electronic music scene She is a producer based in Louisville, KY, U.S.A. but not originally from there. A fine art oil- painter, she studied experimental film and painting at the Art Institute of Chicago, these days her palette is the array of synthesizers found in music programs like Reason and Ableton. Signed initially to an Australian label in 2010, 4 House Digital Label has the most releases of her work. Tainted Buddah Label from Spain and Subwoofer Records Label, which is based in Italy, Germany and with occasional free albums which White Colors Label in France have released this U.S. producer who is now known in the undercurrent of melodic techno scene. Diversity of style in her tracks has been among her accomplishments this year, but mostly the representation of NanoBox Record Label based in Chicago, which finally brings her back to her original artistic origins.Crypto Bass started producing prolifically in the early part of 2009. Having consumed more of the House music and old skool Rave Techno in the 1990’s, producing melodic techno only came later after moving back from Frankfurt, Germany to Colorado, USA in 2000. Although she may have an ambient track and a dub track side by side, her style is immediately recognizable. Her work seems to be a marriage of faintly classical Baroque bass melodies intertwined in unorthodox beats and effects resembling the experimental sounds the likes of Aphex Twin. A melody may be combined with abstract elements like drum works reminiscent of Bristol-based musicianslike Left-field or Massive Attack. These similarities fade as the listener is enveloped with atmospheres that resemble more the far east.Each album released is a stand-alone work like one of her oil paintings, there is a subject matter and mood, interjected with deep colors or looming effects and ominous atmospheres that tell multiple stories of hope, remorse, anger and love to relieve the listeners soul or have them cowering in the corner.Maryam Cudal-Dalichau aka Crypto Bass explains how she first came upon the name:‘Crypto’ was a title of a book about cryptology and then combined with the word ‘Bass’ because, “it is the best part of an electronic track!” Rightly so! Her music is as enigmatic and unpredictable as the name implies.