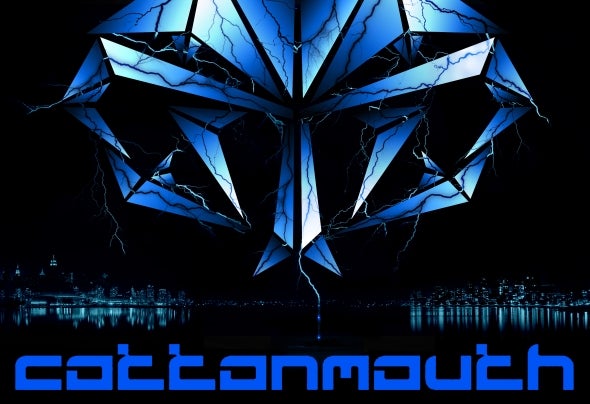 COTTONMOUTH is a jolly nice chap from the English countryside, near Bristol. He uses excellent grammar, says please and thank you, and fathers would be happy if he dated their daughters. Cottonmouth, on the other hand, is a raving lunatic whose dubstep tracks have dark, screaming basslines, sinister drum programming, and disturbing melodies add all of thist oget her and t he Dr. Jekyll and Mr. Hyde rout ine is complete.Cottonmouth has been producing music since he was 14 years old when he got the drum n bass bug, which consumed him. Since his early days, his taste in music has expanded into Dubstep/Electronica/Electro/IDM and much more. Starting out as a dnb producer at the age of just fourteen, he retired from the music biz a few years later, or so he thought. He has returned with a whole host of new tunes and ideas that are guaranteed to leave your ears wondering what hit them.If the stapedius (ear) is the smallest muscle in the body, Cottonmouth's tunes will ensure that even the largest muscle in the body, the gluteus maximus (ass) will be unable to hold still and start shaking of it's own accord. You can expect a lot more from this artist who has returned from the grave. (Permanent Damage Records)