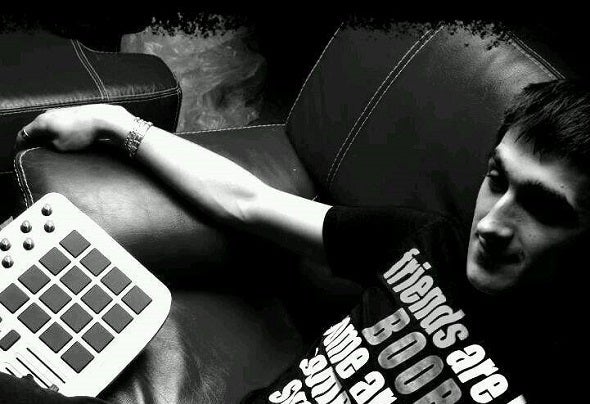 Rimedag growed up in a small town in Serbia surrounded with main stream music.Piano lessons, he began at the age of nine, and that boring environment were not enough for his creative spirit.During his search for something different, he first encountered with heavy metal, rock’n’roll and his early age idols,The Prodigy.Discovering this new world, Rimedag formed his first interests in electro music and started playing electric guitar when he was eleven years old. With new influences from psy-trance he entered area of making drum’n’bass,trance, hip-hop and finally Dubstep .Rimedag started his own show on one of the Belgrade’s radio stations when he was only fifteen years old.Running this show for eight years enabled him collaboration with many radio stations in the world.Besides that Rimedag formed business relations with two local TV stations and produced music for couple of national TV shows.This years of searching, learning and experimenting with multiple genres leaded him to mix trance with dubstep, drum’n’bass all together with a little bit of metal. Now we have mixture of dark heavy beats and gently provocative melodies.Rimedag wants to make difference in the world of predefined tastes and look-a-like parties. In March 2012.He released officially the first Serbian dubstep ep ‘’HORNY BASS’’. Never ending desire for production helpedhim to finish his second ep distinguish and refreshing from what we heard before. Something refreshing for allbass lovers who crave for a new kind of vibe