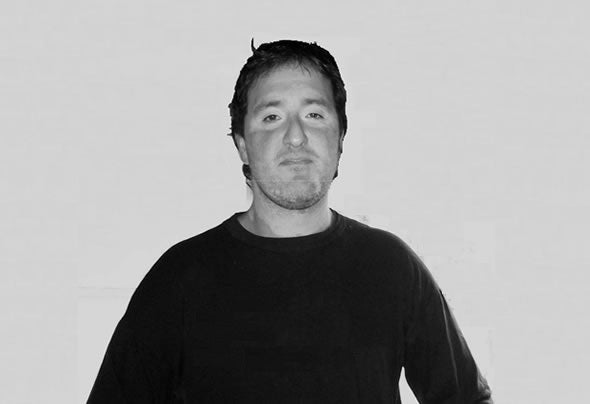 He was born on August 22, 1973 in Tucumán. He grew up listening to music of different styles with a preference for funky , disco of the 70s and 80s as Patrick Cowley , Gino Soccio , Giorgio Moroder and several memorable pioneers of disco .At 13 he began playing in clubs in Tucuman matinees as La Estrella and Madras city of Concepcion amaze with their skills and engaging live remixing with turntables of different makes and models.At 16 musicalized and produced his own radio show in which to live performances with guest dj advertising the dance clubs and local events .At 17 he moved to Buenos Aires where he started his career as a professional DJ Producers with equipment Tascan Multitracks , Akai Samplers , Yamaha and Roland keyboards , although the core business was the resident Dj playing like places like Madrid, after hours you Teatre , Deus Machina (together with Diego Moretti Dee Lite ) , Rolls , among others, has always been linked to music production and using your own music in conjunction with the hits of the moment in his performance as a DJ and even winning a competition of DMC locally organized by Madrid disco DJs in 1994 with several of the iconic dance clubs of Buenos Aires .Programming ventured into becoming a leading developer of systems founded his own consulting Marketing with IVR platform that it developed , which allowed him to begin to turn their know-how to the first musical production with computer software such as ScreamTracker , FastTracker Tracker Modplug among others, and the first versions of the iconic FL Studio which became expert with Ableton Live and Pro Tools HD .From the Year 1998 to date he is dedicated to produce, remix and mastering his own music and all the music of the artist of the Record Label in his own studio.Currently he start his own record label Techna Records in conjunction with artists of his initial times in the 80s which is the records label where he channeled most of its releases.