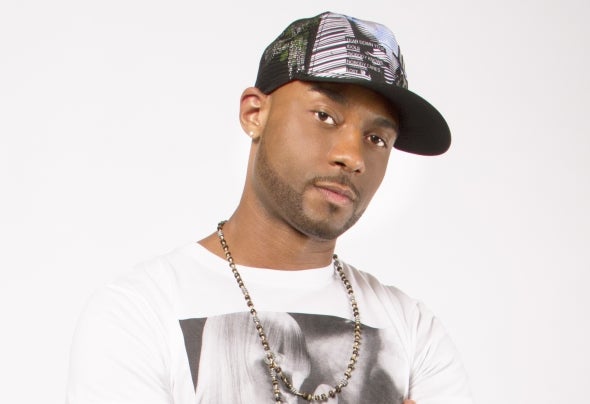 With the field of house music DJs continuing to expand exponentially, it’s become increasingly difficult for any one talent to stand out. That is, of course, unless you’re Chad Jack.In what almost seems like overnight, this extremely gifted young DJ/producer has infiltrated New York’s formidable nightlife scene with his brilliant remix work and recurring gigs at three of the city’s most popular nightclubs, Roxy, Avalon (f/k/a Limelight), and Spirit. Undeniably destined for superstar status, Chad’s vigorous live performances and sophisticated studio productions transcend the dance floor, inspiring awe and cultivating a diverse following of revelers around the world.Born and raised in Michigan, Chad first discovered his passion for House Music while listening to radio mix shows he tuned in from nearby Chicago. Inspired by industry pioneers like Farley Keith, Fast Eddie, Bad Boy Bill, and the Hot Mix 5, Chad found a creative outlet for his newfound interest behind the turntables.After immersing himself in the hip-hop music scene, he landed his first DJ gig at Electric Avenue in Grand Rapids, and eventually his own radio show on Magic 108 (WMHG) in Muskegon in the early 1990s.After eight years honing his craft as a battle DJ -- performing theatrical tricks using turntables as instruments a la the DMC mixing competitions -- Chad packed up the vinyl in the summer of 1995 and moved to New York City to further his musical education and career.His focus soon shifted back to House Music and he began experimenting on his computer creating his own remixes of popular songs. While working at Eight Ball Records, the self- taught DJ and aspiring producer befriended industry legends Victor Calderone, Hex Hector and Danny Tenaglia. Empowered by their advice and encouragement, Chad worked even harder to take his artistry to the next level.After establishing a name for himself on Manhattans underground club circuit, Chad signed on with Madtizzy Productions to help increase his exposure beyond New York. Under the shrewd management of George Dellinger, enviable bookings quickly piled up, including Roxy, NYC, a monthly residency at Avalon (formally Limelight), NYC, Factory in Los Angeles, Coliseum in Fort Lauderdale, and Alegria at Sound Factory in New York.Unburdened by the minutiae of daily administrative tasks, the rookie producer focused his attention on mastering the Logic software program, which he uses to create and manipulate music for his live sets. His unreleased mixes of Missy Elliott’s Work It and Whitney Houston’s Fine generated a great deal of buzz around town, but it was the birthday present he made for Junior Vasquez in 2002 that truly set Chad on a direct course for the upper echelon of disco royalty.When he handed a CD containing restyled versions of Vernessa Mitchell’s “Reap” and Whitney Houston’s “Whatchulookinat” intermingled together to the person guarding the DJ booth at Earth, he wasn’t sure if Junior would ever see or hear it. But just two hours later, Junior played his mix and the crowd went absolutely wild.Chad has since remixed Janet Jackson, Mary J. Blige, Vernessa Mitchell’s “Took My Life” (which was Billboard's number one dance record of 2004), as well as produced Jason Walker’s “Set It Free”.In 2009 Chad also landed his first Billboard Top 10 Dance Single with "Wish U Love", with vocalist Fawn and co- produced by Tim Letteer which peaked at number 6 on the Dance Charts. Chad has since managed to have huge success with big club hits such as 'eZbreeZ” and “Gag On It”, which are collaborations with longtime friend and CEO of Nasty Pig clothing, David Lauterstien (Chad Jack Vs Nasty Pig).While his production work is indeed impressive, Chad’s extraordinary talent and showmanship is perhaps best appreciated during his live DJ sets. Clearly influenced by his hip-hop and early Chicago house origins, yet confident playing any genre of dance music, Chad admits, Its more about how I play the records as opposed to which records I play.While his distinct style and sound will inevitably continue to evolve over the years, the one thing the ambitious DJ/producer plans to make sure never changes is that when someone walks into a party that he’s playing, they shouldn’t have to ask who’s behind the decks -- they’ll immediately know its Chad Jack.