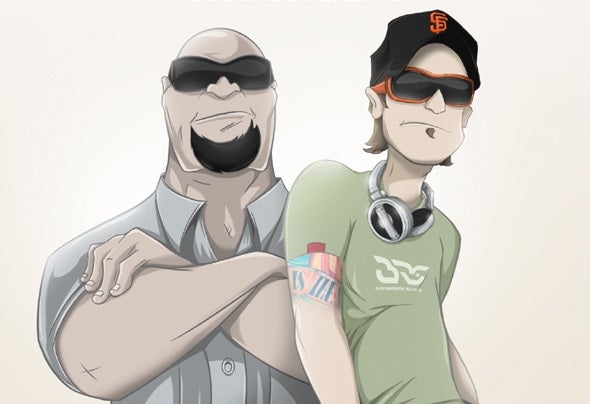 Boomrock Saints: Josh Camacho Check the track record. Quintessential dancefloor annihilator and veteran producer, DJ Josh Camacho is a venerable force to be reckoned with in all things House, Breaks, and Electro. He spent 10 years as a producer and DJ for the groundbreaking, history making group Mephisto Odyssey. They were the first electronic group signed to Warner Bros. Records, and with Camacho's production, dozens of releases have commanded the accolade from the likes of The Crystal Method, Ministry of Sound, Aquasky, Quivver, BreaksFM, URB Magazine, while topping the Billboard charts over a dozen times. Their tracks have found their way into Quentin Tarantinos' gore film "Hostile", and a video on MTV2. Aside from the Warner Bros. releases, they have released on Primal Records, N- Mity, City of Angels, Twitch, V-Wax, OM, Thrive and their own imprint Groove Quest Records. As the bands touring DJ and on his own, he's blown up massive crowds from WMC Miami to Burning Man to SFs' Ruby Skye and Love Parade, and beyond. His mixing is aggressive, calculated, and heavy handed. His electric stage presence and encyclopedic knowledge of all things bass related makes him an absolute prime candidate for commanding the largest sound systems available to man. He's currently producing hard Electro House with partner DJ Brian Williams as "Boomrock Saints", taking on remix responsibilities for Nicole Presents (Supperclub/ EndUp) and DJ Denise (Mizumo Records), as well as working on upcoming Boomrock releases on Groove Quest. Stay tuned for future releases and performances. In one word: devastating.Boomorock Saints: Brian Williams Music is his cure! Ever since DJ Brian Williams could remember he has had a deep passion for music. Growing up, he enjoyed all types of music from rock to hip hop and everything in between. In his early twenty’s he was introduced to house music and instantly felt a deep connection. He had always enjoyed dancing but house music took it to a whole other level. He soon realized the only scene for him was a room filled with people dancing to his energetic beats. His stompy beats packed the house. It has been over 14 years since he started his musical journey. DJ Brian Williams has played at a variety of venues from Miami Winter Conference to LA. He has been a part of Opulent Temple for the last four years out of San Francisco, playing Love Fest for four years in a row, Burning Man, 1015 and End up. He has been a large part of bring house music to the Central Valley and playing for Pure 209. He has had many opportunities to open for DJ Dan, Donald Glaude, DJ Bam Bam and Charles Feel Good and Josh the Funky One to name a few. He has joined forces with Mephisto Oddyssey of Groove Quest records and now Boom Rock Saints. He continues to remix several tracks for viewing on BeatPort under Boom Rock Saints. DJ Brian Williams brings a positive and humble attitude to this political and competitive industry. Not only does he enjoy searching for music and creating projects that will make people not only dance but, reach the depth of their souls. He is always trying to reinvent himself and push out new ear catching sounds. Music is his cure in this crazy world and the only time he truly feels alive! At each passing year he feels more confident than ever and wants to create and play music for all of you!