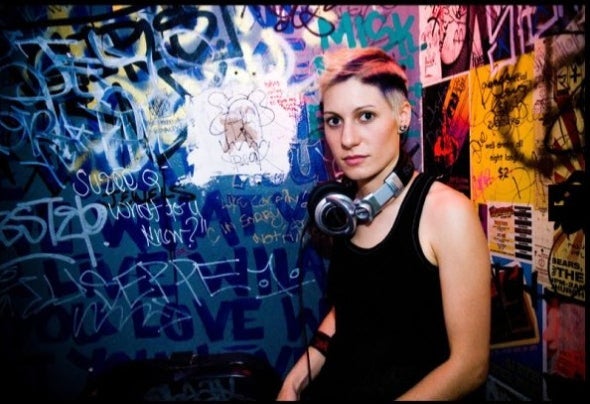 Never allowing herself to be confined by genres, Loryn's versatility sets her apart from other dj's. At the same time, she has a true taste for European tech grooves, soulful house and jazzy funk. A folk singer turned digital, she was first influenced by electronic music from Detroit, Toronto Canada, and NYC in 1998. In her formative years she experimented with a mixture of genres from Drum and Bass to Progressive Techno and House. In 2003 she moved from New York to Los Angeles to pursue her interests in music and technology. In LA she was exposed to the deeper side of house music and developed a true appreciation for Classic house sounds. In 2003, missing the darker, harder, East Cost beat, and appeasing her natural sense of adventure, she traveled North to San Francisco. For 5 intense years Loryn dove head first into the SF underground dance scene, frequenting events and allowing herself to be moved and influenced again by the music and energy that she discovered. It was only a matter of time before Loryn crossed paths with the legendary DJ DRC, who is now a close friend and mentor, and hometown hero and label owner DJ Denise (Mizumo Music). Recently Loryn has been working on her own productions as well as collaborating with several Bay Area musicians. Much like her approach to mixing, in the studio Loryn has no limitations. Her newest release "Whipper Snipper" on San Francisco label Mizumo Music, was selected as a featured track on Beatport and quickly charted in the top 100 breaks genre. Keep your eyes and ears open for the latest tunes from DJ Loryn, and check out her website for new shows and cool merchandise.