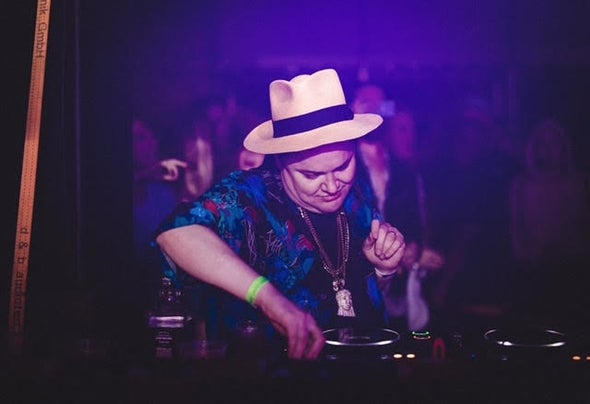 Brendan Long, better known by his stage name "B-Sides," is a Grammy-nominated producer/DJ who got his start creating hit records for the likes of Lupe Fiasco, Dr. Dre, and The Lonely Island, to name a few. He has since transitioned his talent for creating hip hop records into producing innovative trap and bass music with a hip hop flare. B-Sides' passion for making music began after learning piano from his mother at an early age. He later taught himself how to produce using his father's records on his old PC in high school. The first record he ever placed was Trina's "Killing You Hoes" in 2008. He later went on to work with Dr. Dre in sessions for the scrapped "Detox" album, which ultimately taught him the difference between making tracks and making songs. He used this newfound knowledge to produce four commercially released records for Lupe Fiasco. His top notch productions have earned him two Grammy nominations. B-Sides, while still engraved in hip hop culture, decided to also take his talents into creating dance music, and, up until 2016, he was a teacher and mentor at the famed Icon Collective in Los Angeles. His expertise in writing hit records, as well as his influence, can now be found in a number of his former students, including Kayzo, Jauz, Yultron, Slander, NGHTMRE and Jayceeoh, to name a few. His own records have amassed over 30 million plays across platforms and have been released on Mad Decent, Dim Mak, Ultra, Buygore, Elysian, BrednButter, and Super 7 Records. He has collaborated with some of the biggest stars in bass music today including NGHTMRE, Slander, Jauz, Party Thieves, Jayceeoh, and others. Be on the lookout for his next single dropping soon!