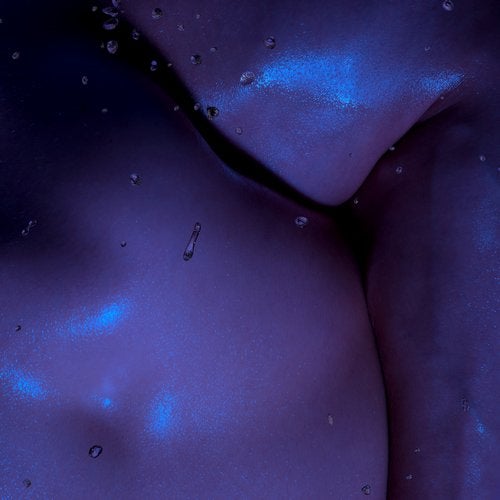 Planet Mu are very happy to be releasing 'Vicious Circles', the debut EP by Sinjin Hawke and Zora Jones, who aside from producing music also run the audio-visual production unit 'Fractal Fantasy'.

Remarkably, given the breadth of their work, 'Vicious Circles' is their first collaborative EP, and the first time either have released a vinyl record too.

The EP is a great showcase for the duo's emotional, maximalist chimeras of abstract pounding beats. From the punchy, circular, grandiose build-ups of opener 'Vicious Circles', to the unyielding melancholy of 'God' with its sinister Bulgarian choir sample against a peak Timbaland-era rhythm, the record's potent synths and manipulated vocals are both simultaneously fierce and friendly. 'Source of Conflict' is a poised dance between pulsing ambient textures and drilling beats, while 'Lurk 101' pits a volley of abstracted juke toms up against a hammering drumline. 'BabyboySosa' feels like drum-less drill, manipulating vocals into strange alien shapes over a bassline before spiraling toms and hi-hats start to form a forceful march. The EP concludes on the love anthem 'And You Were One' with a chipmunked vocal running through its wonky chorus of bent notes and chords.