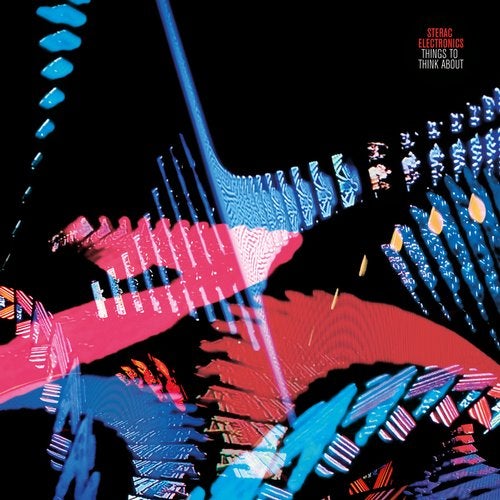 Some things are just too good to be hidden from view. That's certainly the case with Things To Think About, the first album from Dutch electronic music legend Steve Rachmad's lesser-known Sterac Electronics project.

Rachmad first rose to prominence in the late 1990s, spearheading a surge in Dutch techno that was heavily inspired by the futurist intent and machine soul of Detroit. Since then, he has continued to successfully explore a wide range of dancefloor-centric electronic styles under a dizzying array of aliases.

It's a while, though, since the public has been treated to a heavy dose of Sterac Electronics material. He first established the alias at the turn of the millennium, primarily as an outlet for hardware-driven electro music shot through with funk and soul.

A handful of highly regarded 12" singles were released on Music Man and Interpersonal XP, before Rachmad began focusing on other projects. When inspiration struck, he returned to the project, jamming out tracks using a mighty collection of vintage synthesizers and drum machines.

Recently, Rachmad and Tom Trago decided to revisit the Sterac Electronics archive, discovering a killer collection of cuts created at different points over the course of the last 15 years. Now 8 of those spellbinding hardware jams have been gathered together for the first time on Things To Think About, a warm, rich and evocative collection of electro-fuelled workouts that giddily pay tribute to the music of Rachmad's youth.

From the thrusting, synth-driven machine funk of "Original Pattern" and mutant electrofunk revivalism of "Game Changers" to the baggy West Coast boogie of "Metatron" and intergalactic hustle of "Archetype" (which sounds like Cybotron covering the 1988 version of The KLF's "What Time Is Love"), Things To Think About is an lesson in the emotion-rich, mood enhancing possibilities of spontaneous hardware jams.

The highlights don't stop there, either. Check, for example, the crystalline synthesizer melodies, body popping drum hits and spacey chords of "Tuning Into Frequencies" and the breezy humidity of opener "Altrustic Endeavor".

Like the rest of the tracks on the album, they feel timeless, as if they could have been made at any point during the last three decades. From Steve Rachmad, we wouldn't expect anything less.

Things To Think About will be released as a limited-edition double album, preceded by a 12" single featuring another previously unheard gem from the vaults.

Things to Think About