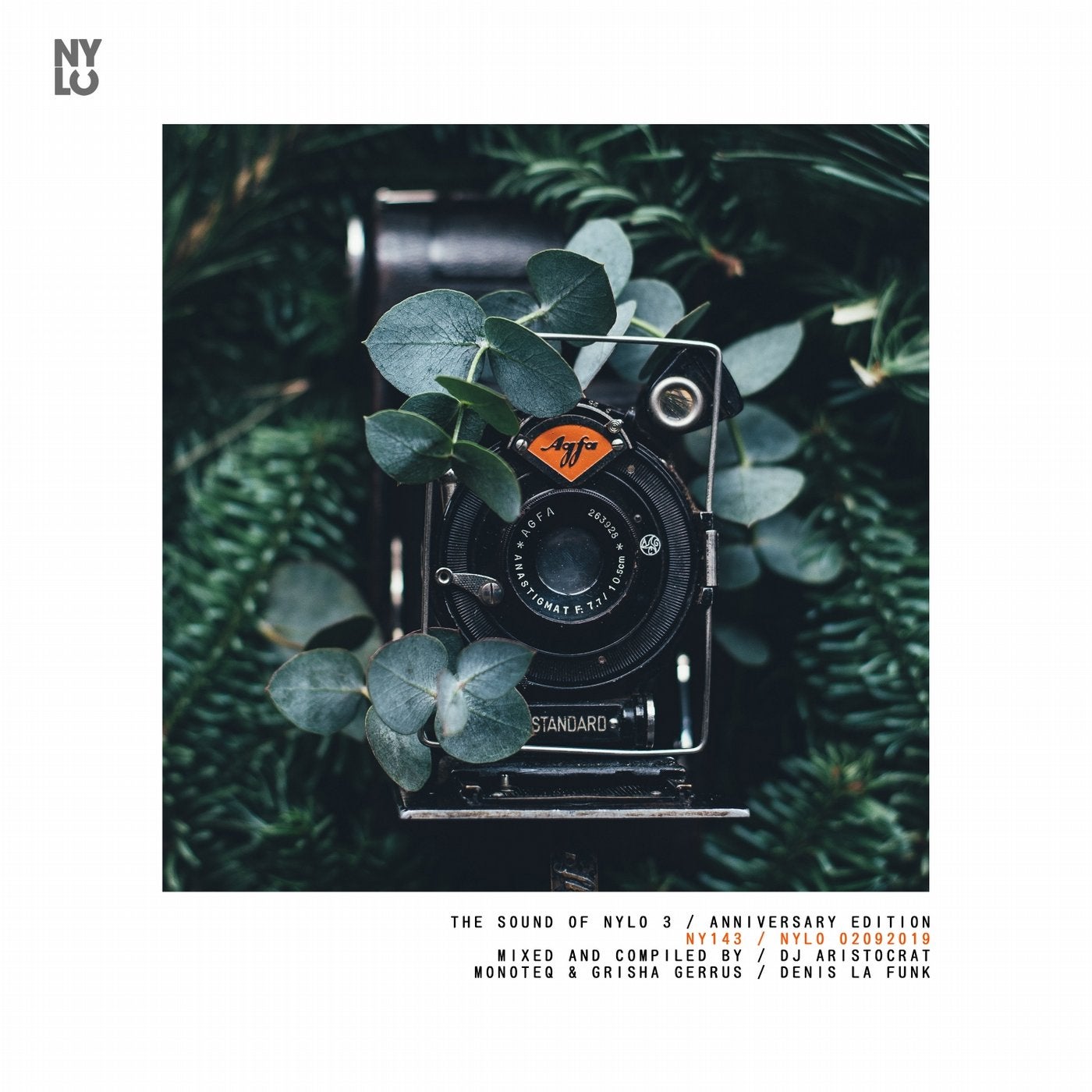 Consistently creating a cutting-edge sound that continues to evolve and remain at the forefront of an ever-shifting market, NYLO are delighted to welcome sound wizards DJ Aristocrat, Monotq & Grisha Gerrus and Denis La Funk, who are known for their outstanding musical work, as the DJ's to preside over the 3-year anniversary edition of 'The Sound of NYLO' compilation series, which also marks the 143rd release on the label.

The series kicks off with 42 exclusive nu disco, deep house and indie dance tracks from some of the world's most exciting new, as well as established artists, themed around the different hours of the night, selected and mixed to perfection by DJ Aristocrat, Monotq & Grisha Gerrus and Denis La Funk. What better way to celebrate our 3-year anniversary and say thank you to all of you who have been, playing, supporting, promoting and loving our releases.

Carefully chosen and exclusively put together for 'The Sound of NYLO' the guys has crafted an exquisite journey bringing together some of the most talented artists and producers in the world to showcase the spectrum of the labels musical space by delivering unique signature sounds to the mix, creating a perfect balance of depth, enchanting moments, and straight up dance floor burners.

Featuring 42 carefully selected exclusive tracks and 3 superb DJ Mixes, DJ Aristocrat, Monotq & Grisha Gerrus and Denis La Funk don't hold back as the gauntlet is laid down for a Nu Disco & Deep House master class, making this an all-encompassing retrospective guide, which is rich in ambient textures; 'The Sound of NYLO Vol.3' filled with euphoric and moody chill house tracks to satisfy ambient, uplifting and feel good needs, which are the keywords for this beautiful and extraordinary release. So, fasten your seat belts and brace yourself for an aural sensation that will leave you asking for more...

DJ Aristocrat, Monotq & Grisha Gerrus and Denis La Funk managed to deliver a message of sustained musical relevance in emphatic fashion to warm the soul. The Sound of NYLO Vol.3 sees a worldwide release on September 2nd, 2019, via all well-known digital content providers, to celebrate our 3 years of NYLO in style. Not to be missed!