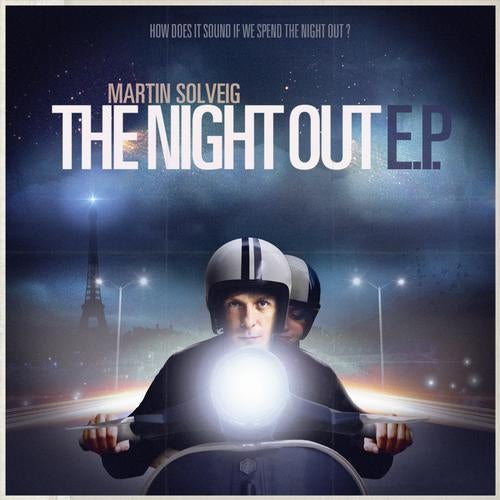 When Martin Solveig's live performance of "The Night Out" at Radio 1's celebration of Pete Tong's 20 years at the station prompted the veteran disc jockey to ask for a copy pronto, it gave a clear indicator that the record - written, produced and performed by Solveig had a very bright future. Several months on, and having contributed heavily on Madonna's latest studio album, MDNA - including the lead single "Give Me All Your Luvin" featuring Nicki Minaj and MIA - Solveigs' focus returns once again to his SMASH project. "The Night Out E.P." is packed to the seams with a raft of remixes and bonus material that will cater to all fans, both new and old. The A-Trak remix set the ball rolling having topped the Hype Machine as well as receiving full support from both Annie Mac and Pete Tong over recent weeks. Fellow Frenchman and prodigy du jour Madeon throws his sublime wizardry into the pot to bolster a package of already superb mixes that has, as the A-Trak mix did - topped the hype machine! Always keen to exploit up and coming talent, Solveig also welcomes in newcomers TheFatRat for what will be a firm favourite in big arenas, as well as new duo Maison & Dragen & disco star Lenno. Wrapping up this stellar package is an extended rework of the A-Trak mix by Solveig himself which makes for great aural pleasure plus a truly awesome instrumental version of "Ready 2 Go (Initial SHE)" and the realisation will dawn that this is indeed one hell of an E.P. !

The Night Out EP