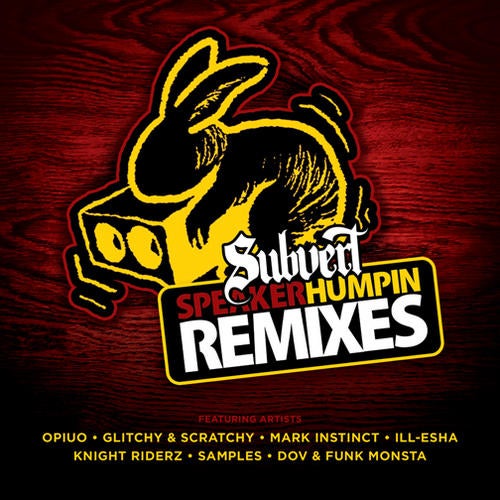 Weve gathered a collection of artists that each deliver a unique remix as well as adding extra melody and flavor to Subverts anthem track Speaker Humpin.Four versions were heard on the Village Stage at this years Shambala Music Festival by a few thousand bass addicts and mosh pit revelers.The mixes take you through mulitple aspects of contemporary bass culture and if bass is your thing then there is a version for you.About SubvertSubvert hails from Calgary, Alberta and his winding path in music started in 1996. Proof of his dedication to bass is in his track record of creating the worlds loudest competition vehicles, designing pKs 90,000 watt sound system and managing the Village Stage at Shambhala Music Festival. He started DJing in 2000 and combined with his extensive work on sound systems and attention to precision sound, he was ultimately & naturally led down the path to creating his own music productions and once again the low frequencies consumed him.Subverts sound is a combination of throbbing, relentless basslines, melodic strings and haunting pianos singing through midtempo glitch / acid crunk and dubstep. His attention to detail and the ability to tune into bass that works on a sound-system can be felt in all of his music productions, he is an expert in the subsonic, the crowd and the show.Subverts Dirt Nap EP rocked the Addictech and Beatport Grime / Dubstep charts and lead to him being featured in XLR8R magazine and radio play on multiple urban music shows, his Speaker Humpin EP on Muti Music and Party Alarm EP on Rottun Recordings blurred boundaries between edgy Dubstep, Glitch Hop and Big Beat. Also having released on Punch Drunk and Rottun Recordings, this artists talent has been noted.