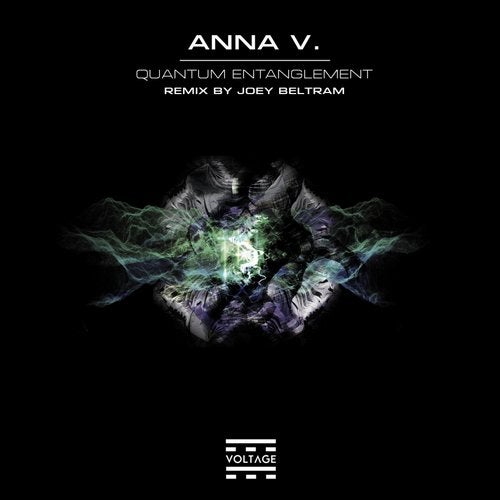 2 years after its first release, VOLTAGE welcomes it's own, ANNA V. for her first solo record on the label.
Anna is no stranger to originality and uniqueness when it comes to her music. And her single 'Quantum Entanglement' will not defer from that rule. 100%% hardware produced, enriched with spices from classic Techno tracks from the 90's, nostalgic and spacey, 'Quantum Entanglement' is an uncommon track composed with the origins of authentic Techno in mind.

Sturdy bass, muscular bassline and haunting choirs that run through the entire track, create an exceptional atmosphere custom made by the Italian / Greek producer for those who desire to make a difference in their performances.

And what better way to make this release even more unique than showcasing a remix from Techno Legend Joey Beltram.
Few people know the game better than him, he's one of the pioneers in Techno as we know it today, so the New Yorker went back to the basics for this one. Built around the original's choirs, it later transforms to a 'typical Joey Beltram' groove pattern, getting an entirely new direction and character.
Basses are being remodelled, synth shots emerge and along with them, fresh character is born throughout the remix's flow. The outcome is crisp, strong and definitely unlike any other track you've heard for quite some time.

This is the first solo release for ANNA V.
Joey Beltram is debuting on VOLTAGE Records