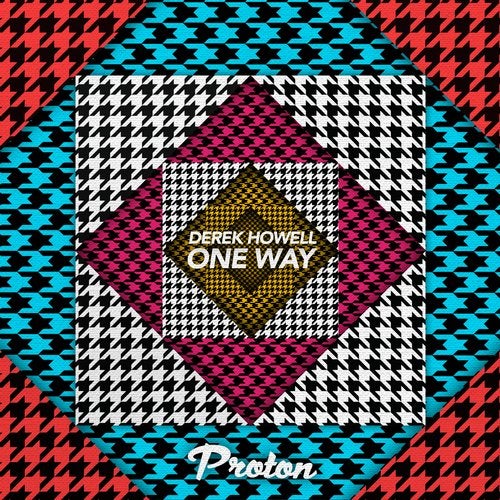 Derek Howell needs no invitation to sit at underground music's top table. From his Houston home, the US producer has risen serenely to become one of the most-respected electronic artists in recent history, gracing the catalogues of Proton Music once more with, "One Way".

Immersed in music from an early age, the epochal sounds of Led Zeppelin and Pink Floyd permeated Howell's consciousness. Destined to write music of his own after mastery of the guitar and inventiveness through experimental effects chains, the underground dance scene, championed by Sasha and Digweed, provided Howell with the impetus to forge his own path in the world of dance music. The rest, as they say, is history.

2004's eponymously titled debut EP on Bedrock launched Derek Howell into the stratosphere. Since then, the Texan has never looked back. Further work for Chris Fortier's Fade Records cemented his name, and subsequent work for Global Underground, microCastle and Baroque kept Howell's name firmly in the minds of the musical cognoscenti as, did appearances on Nick Warren's GU 28 and GU's Electric Calm v2. Furthermore, Derek Howell's relationship with the famous Balance series began with an appearance on Desyn Masiello's 08 and continues today with a track specifically written for Hernan Cattaneo's 026 edition in October 2014.

A regular contributor to Proton Music since early work in 2005 and 06, under both his own name and with Peter Martin and Joshua Michael, Howell has continued to extend the boundaries of electronic musicianship through a course of original EPs and classy remixes. 2012's "Laughing While Running" EP marked the last original material for the imprint, while "Swift Wings" on sister label, Particles, in April 2014, gave a delicious slice of progressive splendour. Now returning to Proton Music, "One Way" further illustrates Howell's production wizardry.

The title track itself is a joyous trip replete with Howell's customary inventive flair. Entwined with tight bass line, the rolling beat of "One Way" drives the rhythm section forwards with a bountiful supply of shakers and hi-hats, while further rhythmic dynamism is provided with pushed offbeat stab riff and searing freeform melody that takes centre stage in trademark fashion. An additional piano refrain adds a further layer of subtlety and a pitched vocal cut, imbued with rhythm, is a masterstroke.

Partner track, "Interstellar Homecoming" is yet another masterpiece of production technique and prowess. Building with ease, a sublime groove sits beneath a shimmering arpeggio progression, full of emotive verve as it filters in and out of consciousness before joining with growling bass line mid-way. Erupting into a sparkling beats driven jewel in the third movement, the resultant combination is full-blown dynamite.

Two new tracks have perfectly illustrated there is "One Way" to write unique and electrifying dance music - it is the Derek Howell way.