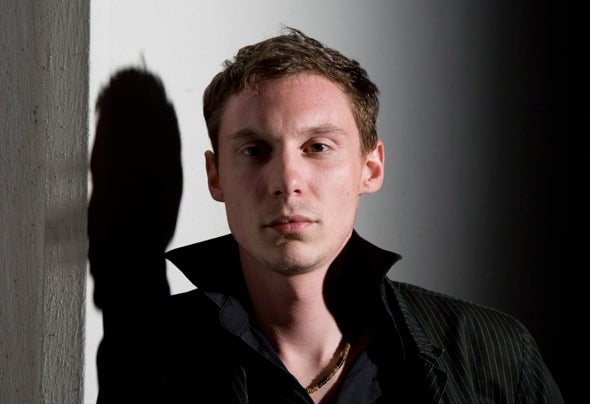 Leif Hatfields first contact in making music was to learn drums at the age of 9 years.While he played in several local independent bands he started to experiment withelectronic sound design in the very first decade of computer assisted sound productionaround 1990.Artists like Jean Michel Jarre,Kraftwerk and Mike Oldfield inspired him to dive deeper into thecomplex world of sound design and to work with sample maschines and syntheshizers.What started as an avocation became a passion and after he finished his precision mechanic education he decided to go on with an education as sound technician to work more on his creative musician site.In this period he worked as band and club technician and also in the soundstudio of MAWA-Digitainment-Labs where he did 5.1 upmixes and sound designs, as sound engineer on Film DVD ́s.As well as still working as a sound technician, engineer and producer he proved to be an active DJ.First locally based in Germany starting as a member of the Geistesblitz – Team wich organised well known and legendary Events in the 90 ́s up to 5000 people in the Weststadt in his hometown Essenhe later expanded his range of gigs around germany, europe and finally worldwide.To count some booking highlights:Himmelfahrt OA 1997 ( Germany) with Tim Schuldt, Riktam & Bansi, Tsuyoshi SuzukiCarnival of Cultures ( Germany)Loveparade 2009 / 2010 ( Germany ) with Underworld, Moguai, Moby and many moreClash Club (Sao Paulo / Brasil)Tribe 1200 (Sao Paulo / Brasil)Ministry of Sound 3D ( Paraguai ) with Tomcraft, Ticon Indian Spirit / Northern GermanyVibe Club (Curitiba / Brasil) with Alex KenjiLa Casetta ( MDP / Argentina )Sands Ibiza ( Carl Cox Beach Club ) with Elio Riso, Nacho CascoTechno Con Carne ( Belgium / Cologne ) Leif satisfies even the most sophisticated listener with his superb mixing skills and energetic sets.In addition to releasing under the name of Leif Hatfield, he is probably most well known for his former project with Frank Beckers which was called Export Audio,later evolved into the updated combo, Beckers & Hatfield, including their hit track 'Arnousa Day' which was featured on the debut D-Nox & Beckers album 'Left Behind'released on Electribe Records.Going on with his own project and doing remixes he started a new collaboration in 2012 with MyGod from Argentina in wich he actually gets more into live-sets and also singing live on stage.Leif has a steady string of releases behind him on labels including Sunset, Plastik Park, Sprout, Elecztribe, Tatsu, Echoes Rec., Iboga, Ionomusic, G-Spot, Mutekki. Bonzai and more.