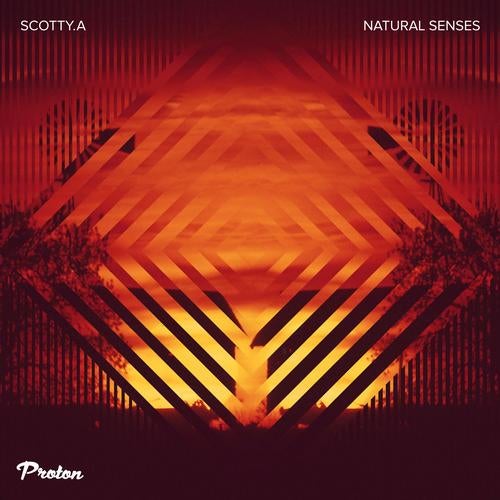 Best known under his Scotty.A production guise, UK native, Scott Andrews has made quite a name for himself since winning the Denis A remix competition for the track "Heroin" on the Russian's own DAR label. The breakthrough, in the autumn of 2010, launched Scott from his Norfolk home to global recognition in one step. Following support from the underground DJ elite in Hernan Cattaneo and Nick Warren, Scott has gone on to sign an impressive portfolio of work to imprints bearing the hallmark of quality from Armada and ARVA to Axon and Balkan Connection, culminating in the "Natural Senses" EP here for Proton Music.

Driven by a passion for music in many forms, Scott's first outing on the Proton Music imprint was followed by the emotive, "What Makes Us Smile" EP for Particles, including luminescent remixes from Magitman and Greg Benz. April's "The World Turns" EP saw Scott's star glow even brighter within the EDM firmament with support from Armin Van Buuren on the 600th episode of his "A State of Trance" show and further testifying the undoubted "dedication to his craft". A long-time DJ performing an eclectic blend of sounds, Scott prefers not to be 'pigeon-holed' into one particular sound. Originally driven by late 90s melodic trance, he now finds itself aligned to a "hypnotic amalgamation of house techno and electronica...taking the listener on a unique journey".

This journey now leads Scotty.A to the unique and highly evolved sounds of his "Natural Senses" EP, redolent with the trademark rich melodic refrains and pulsating pads that are hallmarks of his work. A beautifully crafted quartet of tracks opens with the hypnotic arpeggios and twinkling synth lines of "Sense of an Ending". Accompanied by a pounding kick drum and deep-rooted bass line, a straight house rhythm provides a backdrop to a sultry late-night progressive groove with soft, delayed stabs that pan enticingly left and right. If Pink Floyd were to shift allegiance from progressive rock to progressive house, the resulting work might sound like "Sense of an Ending".

"Once More into the Fray" continues the smooth and evocative tones of its predecessor while supporting a wonderfully deep bass groove that carries the melodic elements effortlessly through their paces under an airy sustained pad and hint of vocal sample that become entwined in rhythmic perfection. A subtle energy is thus borne from the blended elements that are sure to leave dance floors moving in unadulterated bliss.

The final movements of "Natural Senses" find themselves inextricably linked by a common bond. "The Heart is a Lonely Hunter" is characterised by gently panned arpeggios; their smooth and glassy nature complemented by the dynamics of shaker-driven percussive rhythms and a deep dance-floor friendly bass line that provides groove-laden joy in abundance. Juxtaposed against this is an ambient mix of the same track that removes the rhythm elements to reveal the shimmering arpeggios in all their ethereal glory. Airy, vocal pads combined with a smattering of subtle effects add further texture while a less obtrusive bass line accompaniment provides a perfect rhythmic anchor.

With a 'natural sense' of music evolution, Scotty.A has delivered a quartet of spine tingling tracks that stimulate the aural senses into a heightened state of expectation.