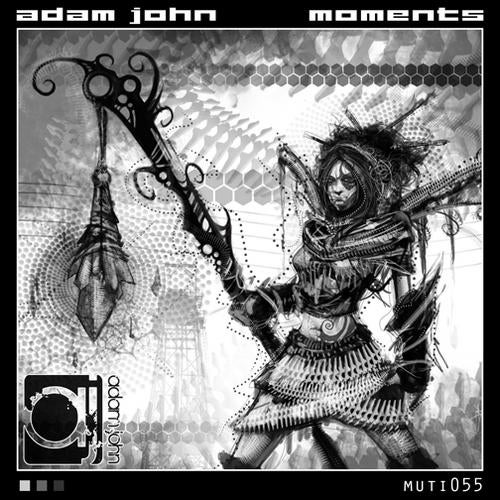 On Moments - Adam John delivers an EP of deep glitched out beats that are emotive and inspiring.
Each track on Moments draws on a strong sense of mood and circumstance. Tear This Up is a midtempo breakbeat roller with dissonant atmospherics and strong leads, while Fog & Patience take the listener into downtempo IDM with more emphasis on tonal atmospherics, while Fall In is a standout track on the EP with its vocal led groove, almost chaotic synthesis and large pulsating basslines. Moments is an emotive journey, enjoyed by those ready to be moved.
Adam John - Perhaps better known by his DnB alias Kid Kryptic, and as head of Crum & Bass label, Theoretic Records, Adam first released his disturbing brand of stuttering stomps on the notorious darkstep/breakcore label Fear Records in 2002. Its success was soon followed by material for Killing Sheep, Hardline, Evol Intent Recordings and the Get Up bootleg through Camouflage UK.
Soon Adam dove into other bass-heavy genres such as dubstep and glitch hop, finding a world of fresh sounds on the more experimental end of the EDM spectrum. 2008 and 2009 saw his first releases with a variety of hard-hitting indie labels around the nation, including Tuff Love Dubs, Filthy Digital, Shift Recordings, Darkstep.org, Adversion and Zardonic Recordings.