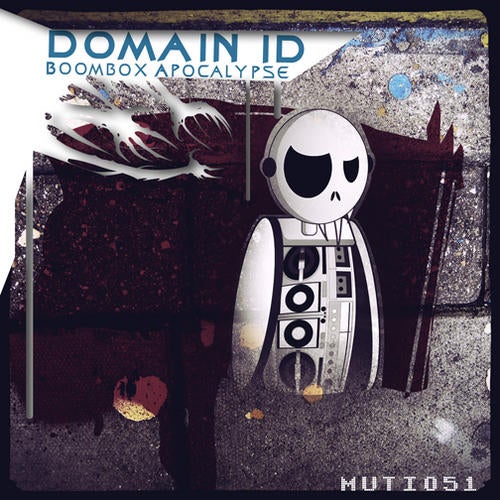 Muti Music is pleased to announce a debut release Boombox Apocalypse by Domain ID .
The creative force behind Domain ID is Mathias Lodmalm from Sweden, who brings a European flavor to our midtempo dancefloor beats. No stranger to the limelight Mathias signed his first international recording deal at the age of 17 and his first releases sold over 250 000 copies, resulting in over 200 shows in 20 countries, he now returns under a brand new aliase and with a tech-funk style that will please many dancefloors.

Generally keeping occupied in creative the endeavors of sound design, being a producer, engineer, mastering engineer, graphic designer, photographer, he now delivers a creative take on electronica varying from 85 BPM to 110 BPM and drawing from a range of influences from Techno to Glitch Hop, to House music and experimental breakbeats.