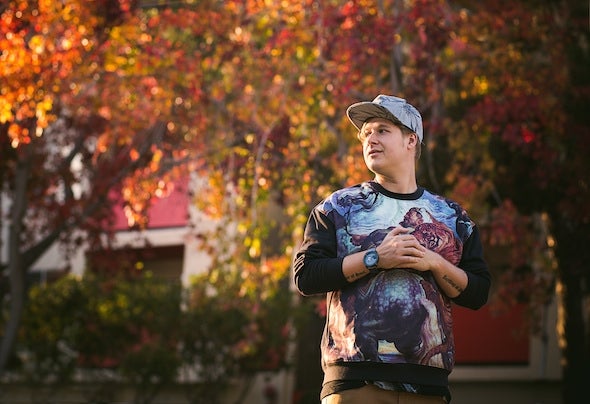 Refusing the confinement of any single genre, Gladkill captivates audiences withsounds that span a diverse musical landscape. Stacked with a vast catalog of songs that range from dance-floor- dominating sexy kinetic club beats, to deep and captivating downtempo/melodic material that works just as comfortably on the home stereo.Not showing any signs of slowing down,Gladkill has maintained a consistent and impressive performance schedule. He has recently toured with Bassnectar throughout America and Canada and played numerous flagship music festivals (including 3 appearances at Coachella Music Festival on The Do Lab stage, festivals in Canada, Costa Rica and the continental U.S.) Beginning in early 2014, he launched his own record label, a collaboration with fellow musician Sugarpill called Foundations Recordings, and has been touring nationally to support their new endeavor through the Spring of 2014.Gladkill sits deftly between the sheets of ethereal melodies and silky basslines while embracing a heavy emphasis on songwriting and structure. In an era where disposable dance music is big business, Gladkill rises above the fray and aims to make music that will stand the test of time.