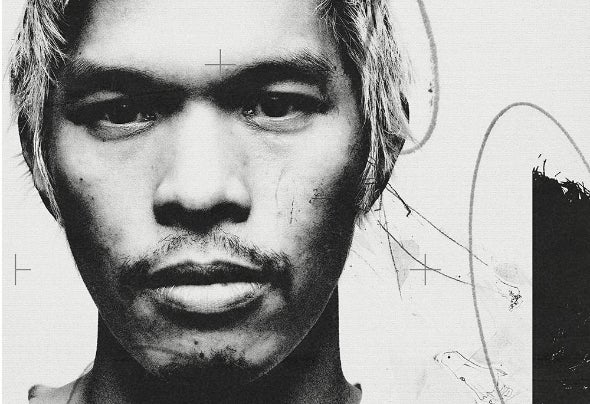 edIT is no stranger to doing things his own way. For over two decades, Edward Ma has been a purveyor of electronic music’s most unconventional and experimental sonics. A bold explorer in blending the digital and the organic while piecing together unexpected hip-hop tones with electronic productions, edIT has fascinated listeners across genres and generations. edIT is as much ingrained into Los Angeles’ underground music scene as it is within him. As a university student, he followed his propensity for DJing and producing in earnest, hitting the ground running. He landed a residency at Konkrete Jungle, where his proclivity for hip-hop and drum ‘n’ bass could be fully explored; produced and engineered for a succession of independent rappers like Busdriver and Aloe Blacc; and hosted a regular show on the esteemed underground radio station, dublab. With his debut solo album, Crying over Pros for No Reason, edIT stepped into his own lane. The album, released in 2004 on influential UK label Planet Mu, was born from his own experiences of heartbreak and loss and emotions as an artist still in the process of finding his footing. edIT swung aside expectations of what electronic music should sound like, constructing a 10-track collection of distinctly steely and sharply vivid moods through masterful, delicate music production. “It’s about the ones that could’ve been, all the ones that’ll never be, and all the ones that got away,” edIT shared. Swinging easily through hip-hop rhythms, broody glitch work, studied restraint, and bursts of bass-driven energy, Crying over Pros set a tone for him as a then-emerging artist. Two years later, edIT became an essential member and co-founder of The Glitch Mob, a three-piece group that would go on to redefine live electronic acts, rising up as an unlikely trio from the Los Angeles underground that eventually would become a headlining act, unmatched and unlike any other. The three created music that effortlessly blended the grandiose ideas and sounds of man and machine. Along with edIT’s production prowess, the group paved the way with their novel sound - an alluring mix of electronic and rock, going on to soundtrack anthems for films and video games and reaching No. 1 on Billboard’s Dance/Electronic charts. In 2014, The Glitch Mob unveiled The Blade, a customized piece of performance equipment made up of both instrumental and lighting elements. For over a decade, edIT had been laser focused on The Glitch Mob, save for a club-focused follow-up solo album he released in 2007 called Certified Air Raid Material. Now, with the group’s place as genre-defying music and technology pioneers firmly cemented, edIT makes a welcomed return to his solo anthology with the upcoming album, Come To Grips. Despite a 14-year difference, Come To Grips has picked up right where Crying over Pros left off. Icy-toned and unnervingly seductive, the album cuts through the noise of the often busy and occupied electronic landscape. Fittingly, Come To Grips will mark the first release on edIT’s newly minted label Know Truth No Lie. The collection is filled with sharp, jagged beats and haunting, slow burn vocals -- with every sound feeling like an all too familiar memory, whether you like it or not. Made in tour buses, on planes, in airport lounges, and in hotel rooms, Come To Grips has been in the making since 2016. edIT’s newest album is the result of a producer taken out of his studio and thrust into the world, absorbing the environments, people, and experiences at warp-speed while on tour, though it wasn’t until 2020 did Come To Grips truly begin to take shape. Fresh from a trip in Asia, testing out new music soon ready to share with the world, like many others, edIT’s world was flipped upside down with the slow tumble into a year of COVID-19. His following few months were a whirlwind of stay-at-home orders, racial injustice, and solitude in quarantine. “It encompasses an isolated sound, feeling, and emotion,” says edIT. “The feeling of being alone, being a little hopeless, but at the end of the day... knowing that there’s still so much to be hopeful for. We’re all coming to grips with the current state of the world.” “We’re experiencing the highs and lows together,” he adds. “We’re in this together.” With Come To Grips, edIT shakes listeners by their shoulders and by the ears, unafraid to evoke the dark and distant feelings we share, often pushed into the very depths of our minds. It’s only then, the songs remind us, that we can truly begin to heal, process, and take our first steps forward again.