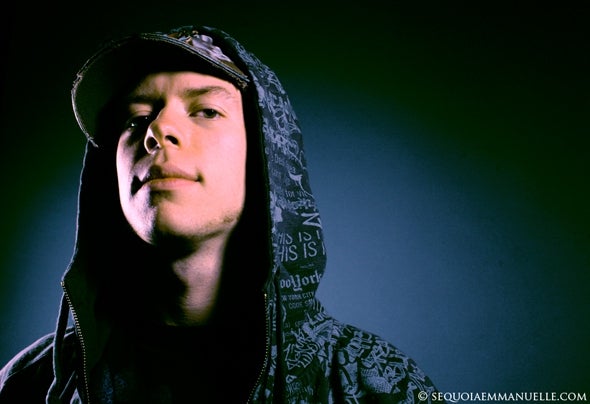 Knowa Knowone is a Bay Area turntablist/producer and co-owner of the record label Street Ritual. Fans know Knowa as someone who vibes off of his crowd’s energy, directly connecting to his audience, raising them to a euphoric and ecstatic state of auditory bliss. His live sets are funky, fun and have every single person on the dancefloor. Hailing from North Carolina, Knowa began his professional career as a DJ, producer and promoter over a decade ago, cutting his teeth at raves and drum and bass events from New York to Miami. His first Hip Hop crew was recognized by The Zulu Nation, and the roots and values of HipHop are still a strong influence on his music. Knowa moved to California during the 2000s where he quickly made a name for himself as one of the premiere music artists in the west coast underground. Knowa Knowone has performed with artists such as Noisia, Freq Nasty, Random Rab, and Mimosa, playing shows around the globe and festivals including Symbiosis Gathering, Burning Man, The Boom Festival (Portugal), and Electric Picnic (Ireland). Knowa was recently featured on the Transnational Dubstep Compilation, released by Generation Bass and Six Degrees Records. Knowa has collaborated with artists such as Ill.Gates, David Starfire and Souleye. Knowa’s "Knowsleep" self titled album with Sleepyhead, officially released in 2008 put Knowa on the map as one of the pioneers for glitch hop and dubstep in the US. Knowa has been releasing music on San Francisco’s premiere dubstep and glitch powerhouse label Muti Music for the last three years, and his production has been highly revered. His past releases “Free Energy”, “Noble Savage” on 1320 Records, and “Sound Paintings” have shown his ability to move effortlessly between Dubstep, Glitch Hop, and Experimental Bass Music. Knowa’s music combines traditional midtempo and breakbeat with deep bass, glitchy sounds, ethnic rhythms, and psychedelia to create a sound that stands out as uniquely Knowa Knowone. In 2011, Knowa will tour extensively to promote the Street Ritual label and the release of his new EP ‘Sound Paintings’ out now on Muti Music.