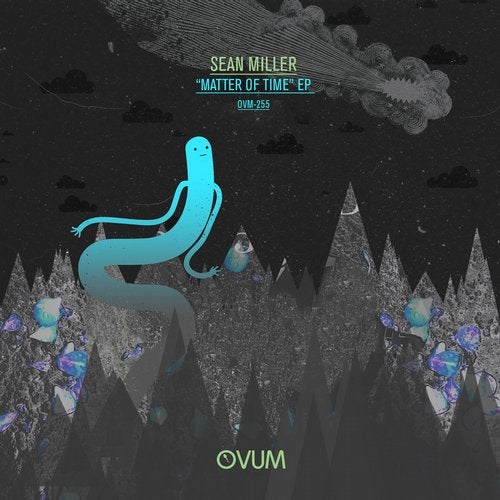 Toronto native and production chameleon Sean Miller joins the ranks of Josh Winks Ovum Recordings. After recent releases from the likes of Wink himself and Vince Watson (who released the labels 250th release at the end of 2014), Miller takes the helm for this bumping, grooving slice of tech house mastery with a latin twist.

His production skills and deep knowledge of the dance floor have been proven time and again; with a catalogue that includes releases for Mobilee, Supernature, VIVa Music and Saved, his new 4-track EP is a welcome addition to his long list of musical accolades and allies. Sean's open-minded approach to dance music fits perfectly with Ovums all encompassing, eclectic output and reach.

On Matter of Time, Miller takes a departure from his trademark tech house romps on opener
Vida. Already road tested at BPM to a rapturous reception, the track exudes a percussive, instrumental flair with sounds of afrobeat and latin-house squeezed between its rhythmic beats, flanked by wailing vocal chants. Sean also drops a Percapella version, heavy on the cowbell, drum flares and vocal chops, it strips back the beats completely for a sturdy tool for the DJ's.

On the flip Come June brings the carnival sound. Doused in uplifting, poly-rhythmic percussions and deep slabs of sub-weighted bass its a hip shaking sun dance for summer sun.

Matter of Time is a divine triple header from Philadelphias Ovum imprint and an excellent chapter in the evolving music history of Mr. Miller.