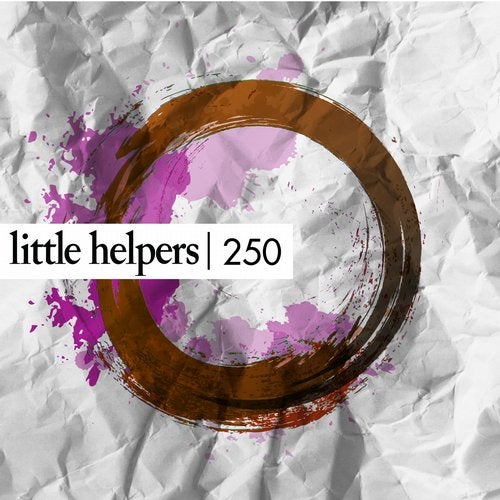 Late October will see the infamous Little Helpers imprint mark yet another a milestone with their two hundred and fiftieth release, featuring a six-track offering from label bosses Butane and Someone Else. Launched in 2009 by Andrew Rasse aka Butane and Sean ONeal aka Someone Else, Little Helpers has sinceestablished itself as one of the most consistent imprints within the realms of techno and house. Offering digital DJsboth reduced groove-focused tools as well as stand alone productions, the label has gone on to welcome the likesof Ryan Crosson, Mark Henning, Flashmob and more to its rich catalogue across the past 7 years. To mark theimprints two hundred and fiftieth release, both Rasse and ONeal have paired up once again, with two collaborativetracks alongside two individual cuts from each producer. The six tracks on the release underpin just why the conceptual label continues to thrive, oozing quality from the off. Opening track 250-1 reveals exactly what youd expect from the pair, a combination of driving, bumpy kicks,tweaked-out vocal work and menacing low ends, before 250-2, the first of two productions from Someone Else,lays down crisp, hard hitting percussion, warped melodies and echoing vocals throughout its near eight minute duration. Little Helper 250-3 signals the arrival of Butane, bringing forth resonant pads and rugged 808 drums intricatelylaid over shadowy sub tones, creating a slightly more jacking vibe, whilst 200-4 employs a stripped backarrangement, with a focus placed on a heady groove, shuffling hats, rich stabs and a series of mischievous vocal shots. Entering the latter third, the pair combine once again for 250-5, a mix of dubbed out swells and scatteredpercussion licks, whilst hypnotic nuances and blooming atmospherics slowly take hold to unveil an altogether moredark and psychedelic aesthetic. Last up, 250-6 sees Someone Else raise the tempo one last time through amenacing techno cut comprising of stuttering percussion and an infectious groove, shaping up the release incompelling and commanding fashion. With a focus on quality and intricate arrangements, the package showcases both the talent and studio prowess ofRasse and ONeal, but also reinforces the labels commitment to its concept, delivering yet more expertly crafted,DJ friendly cuts. Butane & Someone Elses Little Helpers 250 is out on Little Helpers 25th October 2016. Listen and stream full tracks here: https://www.youtube.com/user/littlehelpersrec