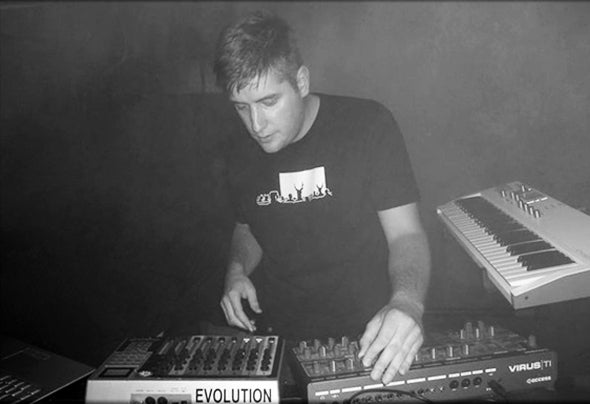 Simon Stokes has always been fascinated two things: sound and technology. Throughout his school years he mastered various instruments including the piano, clarinet and saxophone, whilst honing his skills as a computer programmer. In 2002, he moved to Glasgow where he fell deeply for house and techno music due to the city's vibrant scene.After attaining qualifications in sound engineering and computer games development, Stokes started posting videos of live techno creation on a YouTube channel, and was quickly being invited to DJ in Glasgow and release music on both local and international labels and picking up support from DJs such as Luciano, Marco Carola, Carl Cox, Laurent Garnier and Sébastien Léger to name a but few.Since then he has played live and DJ’d at some of the best parties in Europe, whilst starting a business teaching music production from his studio in Glasgow. The music he produces is inspired by the seasons, and he can happily flit between producing deep, dark techno in the long Scottish winter months, to upbeat Chicago-influenced, jazz-splattered house for the summer beach parties.Stokes' approach to music is all about personality, and it is this philosophy that sets him apart from the pack.