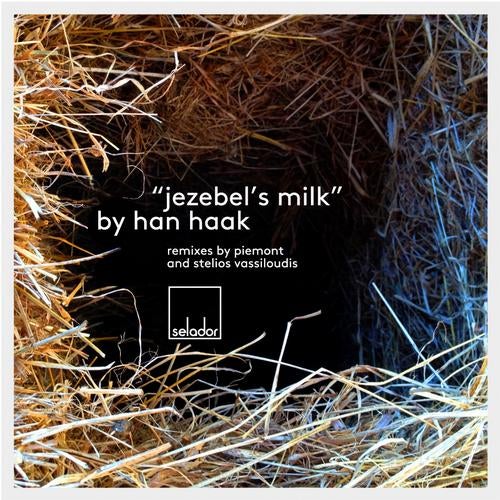 Hot on the heels of Samu.l - Restless Dreams which is currently
riding high in the Beatport charts thanks to support from Hot Since 82, Nic Fanciulli, Richy Ahmed, Lee Foss, Piemont, Jona, Betoko, Coyu, Nicolas Masseyeff and an army of others...

Dave Seaman and Steve Parry's new imprint is back with another dance floor destroyer which also hints at the musical diversity Selador have in mind by switching direction to a slab of throbbing techno from Han Haak called Jezebel's Milk.

Han Haak may be a new name to the scene but has already signed a plethora of tracks signed to an array of underground labels and we're sure he will become a major player in rapid time but it's Selador who have the honour of releasing his debut.
Jezebel's Milk is a phat chunky little number that locks you in as it builds and toughens and then the drop is one to raise the roof as it kicks back in with might. A solid dance floor moment that certainly packs a punch.

On remix duties are the talented German duo Piemont. Having released music from Terminal M, Yellowtail and My Best Friend amongst others, the Selador boys have been big fans of their work for some time and so when an alternate housier slant was called for, Piemont were top of our list. Stripping things back, with a subby bass, cool percussion and an hypnotic groove, it's a very tasty remix indeed.

After being told by his doctor to not play music loudly for a 2
weeks, the waiting is over, and he rushed in to the studio, to make this slab of goodness, and now Stelios Vassiloudis completes this tasty package and delivers one of his finest mixes to date. Punchy, ballsey, acidy, melody laden club fatness. This is a throbber and we love it!