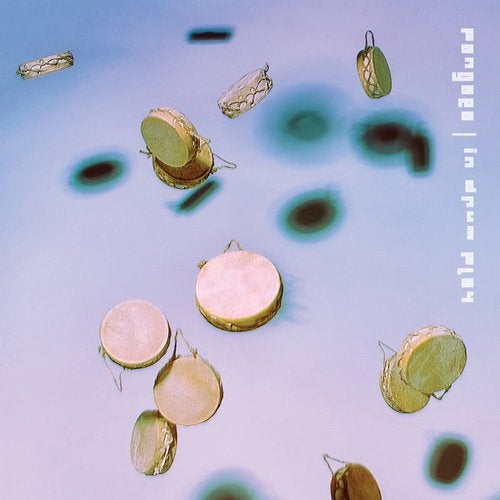 
Hessle Audio present the debut full-length album from label co-founder Kevin McAuley, aka Pangaea. In Drum Play's ten tracks cut deep into stripped-back techno structures, yet remain infused with the ravey intensity and rogue experimentalism that has placed his work among both the strangest and most banging dance music to emerge from the UK in the last decade.
Since his debut 12" in 2007, Pangaea's music has existed in a continual state of metamorphosis. From the ghostly flex of his early singles into the rhythmic vortices of his self-released Hadal EPs, and now the mesmerising dance of In Drum Play, it's evolved into a freewheeling strain of ruffneck techno - one ear jacked into sound system culture, the other in the stomping nocturnal psychedelia of UK pioneers such as Surgeon. His DJ sets have developed in parallel, becoming fast-paced acrobatic voyages at the interface of loopy techno and more exploratory UK styles, an aesthetic captured on his 2014 mix for the Fabriclive CD series.
As its title suggests, In Drum Play is a product of that feedback loop between the studio and the club. The devilishly funky intensity of tracks like 'Rotor Soap', 'More Is More To Burn' and 'DNS' emerged from a desire to write music that mirrored the late night dancefloor environments that McAuley has been DJing within. Crafted around sharpened motifs that burrow simultaneously into mind and body, they rank among his headiest and most forceful music to date.
Yet these tracks remain alive with the subtle diversions and shifts in mood that have always made his music so distinctive. The snakelocked metal drums and glowing melodies of 'Skips Desk', 'Bulb In Zinc' and 'One By One' are pure volatile energy, their bubbling percussive momentum building on killer earlier Pangaea cuts like 'Hex' and 'Viaduct'. Elsewhere, the record drifts off into increasingly dream-like zones; 'Lofty Can' and the pirouetting flute melodies of highlight 'Send It In' slow the tempo to a simmering steppers' groove, creating beautifully tangled musical puzzle boxes that, as with the blissed-out ambience of 'Scaled Wing', equally recall the roaming sensibilities of Amber-era Autechre and contemporaries like Lee Gamble. Just as intrinsic to Pangaea's aesthetic as his body-shock dancefloor tracks, these form the vital connective tissue of a record that's focused and immediate, yet just as compositionally subtle as ever: a fitting debut album from a producer and DJ who has now been releasing unpredictable and exploratory dance music for almost a decade.