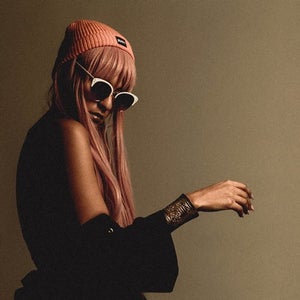 Hot off his hugely well received EP on 81, 'Who is Genre Anyway', which reached the top of both the UK Bass and Dubstep charts, underground legend Sumgii and Swamp81 continue their roll this year teaming up with Kenya's biggest rising star Nah Eeto, tipped to be the hottest act in the country this summer.
Just like her ethereal, relaxed, soulful rap style that seamlessly jumps from English to Swahili at a whim, Nah Eeeto's lyrics take us on a journey, narrating the ownership of female empowerment in an unruly & sometimes dangerous, yet traditional environment, whilst naturally flowing into lighter hearted themes of just loving to chill in front of a good cartoon. Her flow sits flawlessly with Sumgii's eerie, yet enticing, minimal beats and it has resulted in an utterly mesmerising project that continues to break further into new grounds for Swamp81 who once again bring us a sound not quite heard before.
To match, it drops with a hypnotizing video, made and produced by Nah Eeto herself, brimming with scenic views of Kenyas vast landscape and raw footage of its slums and parties truly bringing Wanawake to life. What's more, an extra treat for Swamp81 die-hards, Loefah has teamed up with them for the remix on the B-side which is a club coup in its own right. Wanawake Out on March 27th