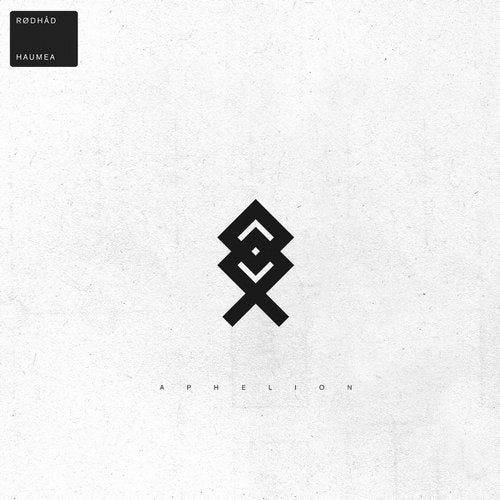 Located beyond Neptune's orbit is the dwarf planet Haumea, the inspiration behind R?dhad's second release for Token. It follows his Spomeniks 12" from last year which the Berliner used to debut on the Belgian label, the only other imprint he's released with other than his own Dystopian Records. Over the past three years R?dhad's reputation has sky-rocketed, not only as an accomplished producer with five releases to his name, but as a big room DJ whose formidable presence behind the decks demands as much respect as DVS1 and German big guns Dettmann and Klock. No longer a newcomer to the scene, R?dhad is now a respected staple of European techno and his three-track Haumea single features an alternative Dirt version of the title-track mixed by the Dystopian co-founder, and a second remix by Token mainstay ? [Phase]. R?dhad's return to Token provides the label with their penultimate record before the unveiling of their landmark 50th release, Aphelion, a CD and triple vinyl showcase of new and exclusive material from label regulars and like-minded artists whom Token founder Kr!z specifically commissioned for the deluxe release. R?dhad's return succeeds Surgeon's official debut on Token earlier this month with his Fixed Action Pattern 12", which first bore news of the Aphelion compilation, and here R?dhad provides a linear alternative to the distorted, industrial dub of Anthony Child's Token missive. "Haumea" is a bleepy production that straddles the divide between the Detroit techno of Jeff Mills and newer European interpretations mixed with coarse hi-hats that cut straight through the mix. The B-side's Dirt version provides a minimal alternative which strips the original's murky low end, and as a result emphasis falls on lucid drum machine programming which exhume alien bleeps from the deep. For some extra heat ? [Phase] brings the booming sound of his Frames Of Reference LP to Haumea with a chugging remake courteously titled 'Satellite remix' complimenting the theme of this spacey record.