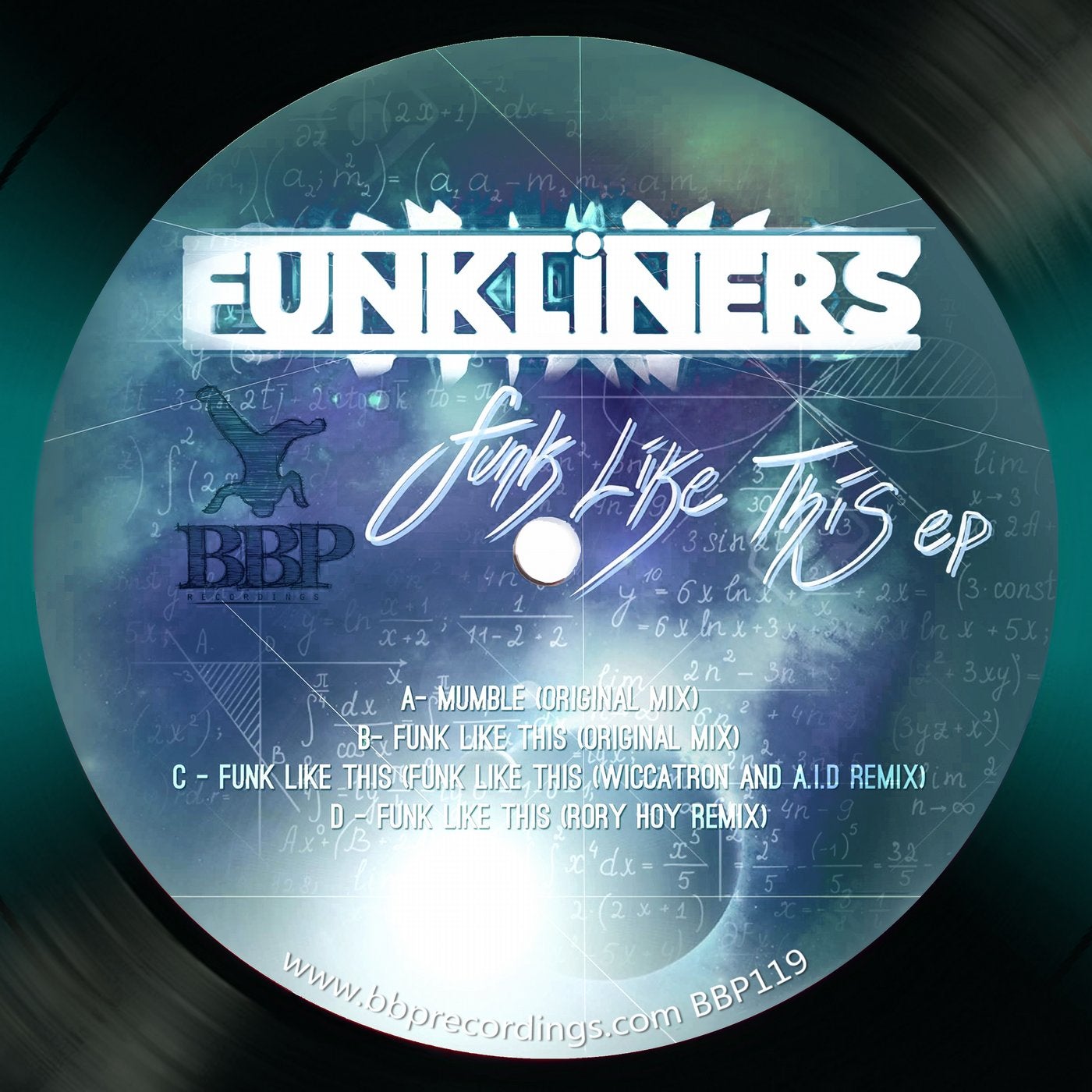 The long awaited first ep from Funkliners is finally here on Breakbeat Paradise recordings. These guys have hit the scene hard, already supporting the likes of Krafty Kuts, DC Breaks, Bart & Bakers, as well as a host of other DJ slots. They're hitting the funky road running, so watch out for future releases, and enjoy their debut single, including remixes from Rory Hoy and Wiccatron featuring Aliens in Denmark (A.i.D).

Formed in May of 2014, Funkliners are a Yorkshire (UK) duo made up of "Snuff" and "Just Jess". Having been friends, and been on the same line up more than a few times over the previous few years, they were booked to play at Illuminaughty in Manchester as a b2b set. On the night they played alongside "The Chicken Brothers" and "The Itchy and Skratchy djs" to a full house, and have never looked back. Since that moment "Funkliners" were born! Having played at numerous events individually they quickly began racking the gigs up as Funkliners. Snuff comes from a background of djing and producing heavy dubstep and dnb, whilst just jess played more the electro and funky house side. This can often make for a jeckyll and hyde style set with one playing the funkier, hip hoppy side, and one playing the glitchier, heavier side! In the past year these guys have supported A.Skills, DJ Clumsy, Kotch, Bear Thrylls, Father Funk and loads more coming this year. They have also just been given the honour of being UK representatives of "Sideshow Kuts" for the United Kingdom. They run events worldwide and Funkliners will be throwing host of parties over 2016 with loads of special guests so keep peeled here on BBP for updates...

A bit of info about the remixers: Wiccatron aka Kim Sørensen is the Danish co-founder, producer and DJ of Breakbeat Paradise Recordings, best known for his love of breaks and funk and all things in between. He mixes up a great fusion of new Bass N Breaks N Funk. Aliens in Denmark (AiD) is based in Odense Denmark, but originally from England, the Aliens in Denmark are DJ One and En-Jay-Tea. DJ One scratches his way onto Wiccatrons remix of Funkliners "Funk Like This", accompanying the down-tempo funkiness of this 102 bpm head-bopper.

Rory Hoy is a Multi- Award Winning Music Producer/Film Maker and DJ. He was the Winner of the Yorkshire Young Achiever of the Year Award 2012 hosted by ITV, in the Arts Category, which he won alongside actor Mikey North who plays Gary Windass in Coronation St. He has 5 critically acclaimed albums under his belt. This time he brings us his banging 80's inspired funky breaks remix, with original scratching as well to get the party going.