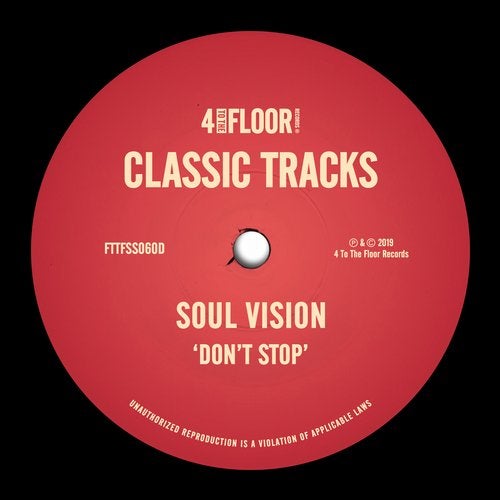 Sandy Rivera and Jose Burgos' collaborative project Soul Vision produced a collection of house classics in the 90's and early 2000's that still rock dancefloors today. Alongside 'Come Into My Room' featuring LT Brown and 'Lowdown', 'Don't Stop' was a seminal release in the careers of these two artists. Now 4 To The Floor presents this brand new package, featuring the original version alongside a collection of remixes. Highlights include the Dario D'Attis remix, where the Swiss DJ brings his signature club-focussed sound to the classic track, as well as the deeper King Unique Dub. The Soul Vision Original, Remix and Club Mix show the versatility of the duo, with each version bringing its own unique vibe.