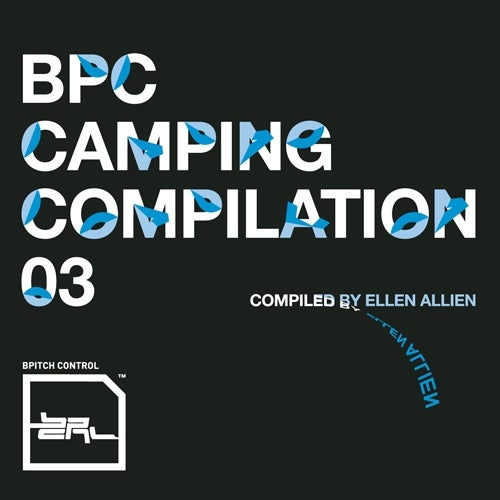 Finally - a new BPitch Control label compilation - Number 3 so far! Again a colorful profile of what’s going on on BPitch Control. Old stagers like Sascha Funke and Paul Kalkbrenner rock next to newcomers like Zander VT and Larsson. And since it’s always nice to have guests on board, there are also tracks by Jahcoozi and Fairmont that enframe the record at both ends. As usual, label boss Ellen Allien did the selection and compiled the album. She herself contributes a remix for Safety Scissors and a new track together with Apparat. Each of the artists has produced a brand new track for “Camping” - so everything is exclusive! Even artists that haven’t had a release on BPitch for a longer time like TimTim, Sylvie Marks&Hal9000 and Feadz contributed a track - nice! All the tracks are available on CD. Some of the tracks, the potentional club hits, are also available on three vinyls: Vinyl 1: Safety Scissors/Ellen Alllien Rmx and Ben Klock (BPC145), Vinyl 2: Zander VT and Paul Kalkbrenner (BPC147), Vinyl 3: Sascha Funke and Larsson (BPC149).. And because just being on a record together isn’t that much fun, there has been quickly decided to go on tour together. All over Europe. Rocking together! So watch out for the upcoming “Camping” tour dates!