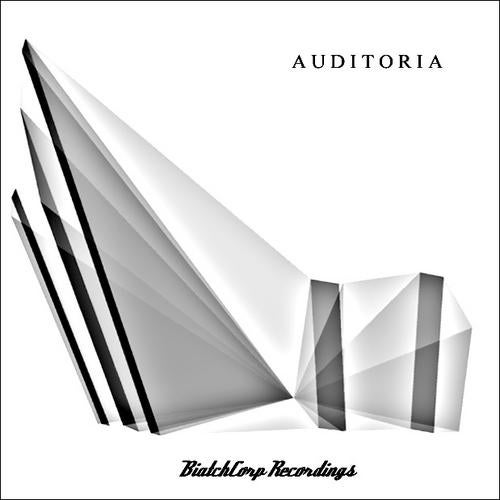 New York's own Biatch Corp celebrates its seventh release with a compilation. Since 2007, the collective, which
boasts a record label and successful parties, has presented itself as an open-minded and ever-evolving element in dance culture. The artists that have graced the First six Biatch Corp releases include Karraskilla, Ascii.Disko and Peter Corvaia, and are all included on 'Auditoria,' the title given to this 12-track collection that represents BC's success in the last three years.

Moving forward, 'Auditoria' is a wide snapshot of techno as interpreted by the heads of the corporation. Additional
artists are friends and colleagues that have been involved in the egalatarian success of Biatch Corp, such as Rob
Rives, Earthian (one half of Animaltek) and Vadim. Rives has contributed his mastering skills to previous BC
releases, and Vadim, a revered promoter/DJ of Less, now makes his production debut with "Strange Loop." This
release is also supported by local record stores and promoters that feed off of the communication that is provided by the universal language of dance music. Another local offering is from FoNG + Julio, who are behind the Sheik 'n Beik parties in the city.

But 'Auditoria' is not just a perspective of techno in New York. The Corp's roots sprouted in Colombia, originally,
and utilizes New York as its platform for global outreach. Music is powerful, and it can be seen in this cultivated
compilation with the straight-to-the-floor banger of Bleepolar's "Colorflow" - a new artist from Colombia - or the smooth house vibe of "Cesped Verde" from Uruguayan artist Nicolas Ovalle. Katsidas thrived in the grunge scene before turning to electronic music, and now lives in Greece working on ambient as well as dancefloor beats. LA's Thomas Hildebrand combines found sound, field recordings and gentle melodies to drop a textured and melodic "Follow the Signs," which reminisces the sets he's played at various Biatch Corp parties. Closing the comp are the labelheads of Hidden Recordings, Deepak Sharma & Dieter Krause, whose "Des Temps Joyeux" reminds of the open-ended road that melodic-driven producers travel down in some of their most epic productions.

Biatch Corp is a multi-faceted operation, and 'Auditoria' is a milestone to introduce many new ears to its manifesto.
The intention is to garner those missed emotions absent due to the fact that great music, which is now more accessible than ever before, is often unnoticed because of oversaturation. The members of the corporation have stated that they cannot fathom the quality of releases to come, and acknowledge the enormous success that this compilation has reached in their own minds and hearts.

Now it's up to you to support the cause.