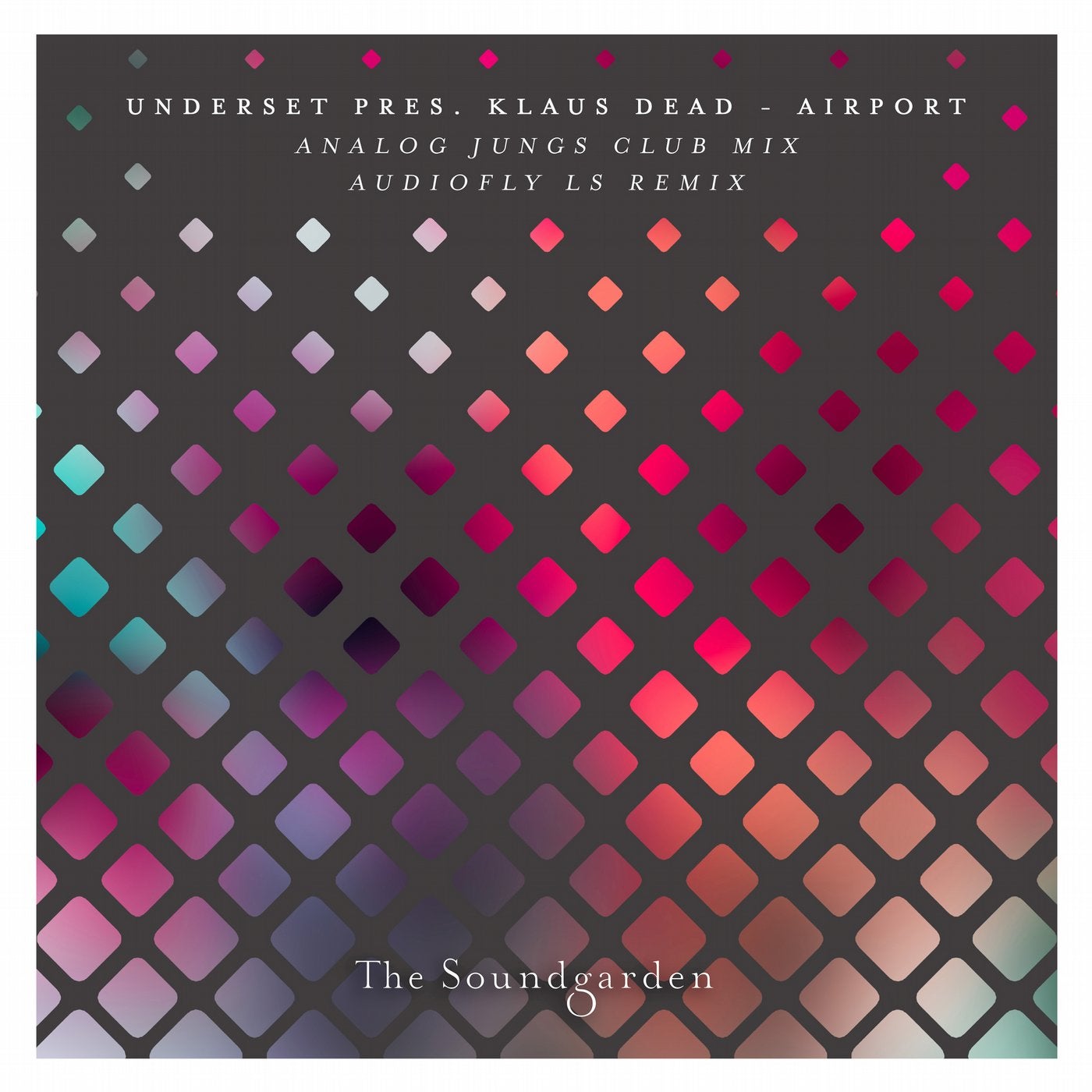 https://web.facebook.com/SoundgardenSessions/ The Soundgarden returns with a label debut from Underset in his Klaus Dead alter ego, featuring remixes from Audiofly's Luca Saporito and Analog Jungs. Familiar to many through his releases on Hope Recordings, Balance Music and more, Underset has come into his own in recent years, perfecting his melodically rich and deceptively intricate sound. Citing influences as disparate as Burial, Depeche Mode and The Prodigy reveals a deep love of - and an open-minded approach to - music which is borne out in everything he makes. ‘Airport’is an evolving piece, delicate and detailed. Winsome piano, elegant sonic sweeps and a sparse Tabla-lad broken beat underbelly all intertwine in deep mysticism. Never in too much of a rush, Airport is equally as Balearic and uplifting as it is calming and peaceful. On remix duties, an in-form Analog Jungs ups the tempo for a satisfying deep prog journey and Audiofly's Luca Saporito adds his trademark wonkiness for a full-service house rework. Distributed by Strikeforce 360 Media http://www.instagram.com/strikeforce360/ http://www.facebook.com/Strikeforce360 http://twitter.com/STRIKEFORCE360