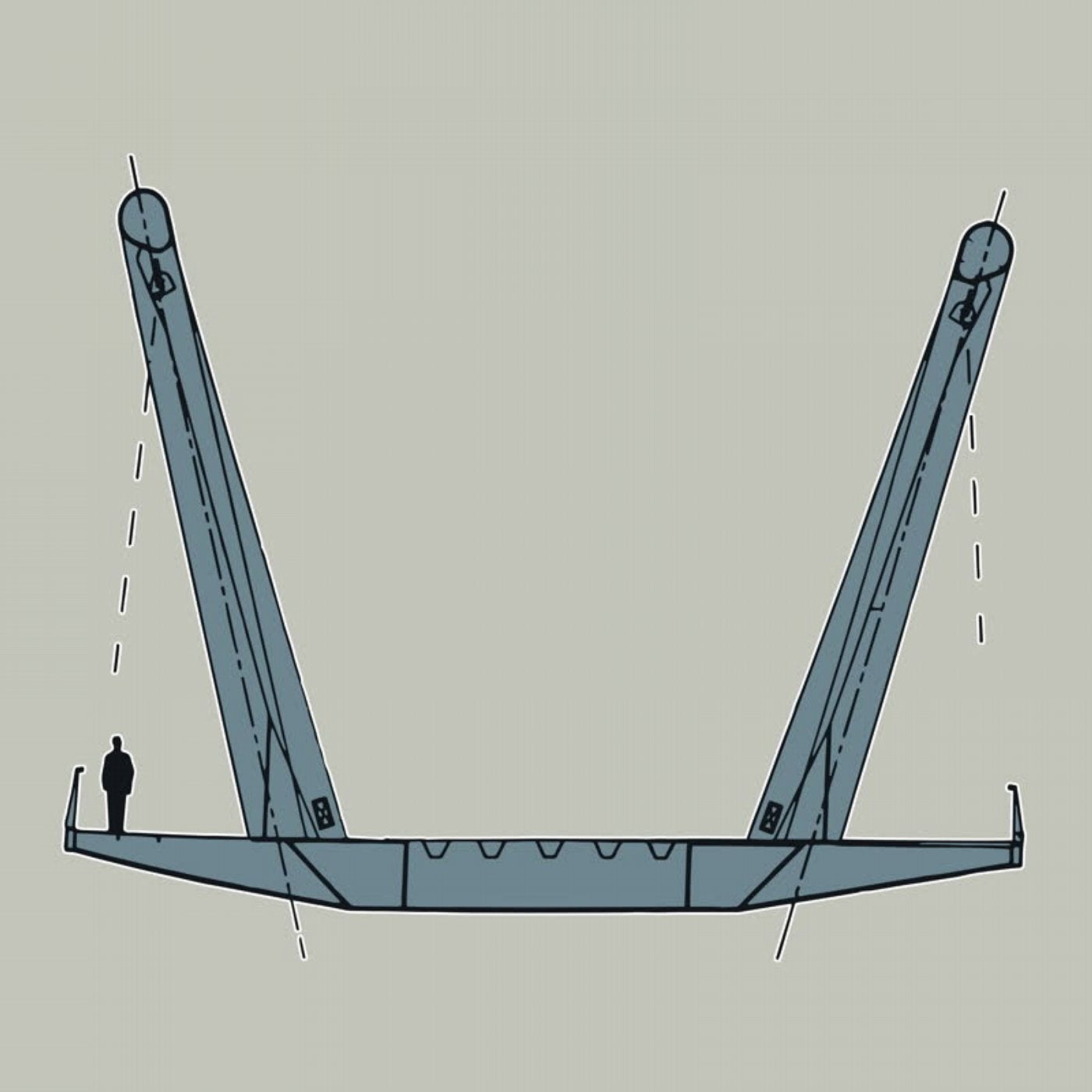 12H is a two hours long summa of the very best material produced for the eponymous sound installation, specifically designed by Donato for the Music Bridge - Armando Trovajoli in Rome under the curation of MAXXI Director Bartolomeo Pietromarchi. The original piece translated in music the architecture of the bridge and its surrounding life, layering samples and field recordings in the language Donato knows best: the repetition, rhythm and harmony of different building blocks. The work was originally reproduced by 12 speakers spread along the bridge colonnade, escorting the visitor through different musical places in their crossing. It now takes its final stereo form in this continuous mix version: a dense, enthralling flow akin to Tiber's murky waters. The original installation was set up by sound engineer Giuseppe Tillieci / Neel, a frequent collaborator of Dozzy in the Voices from the Lake project, with Funktion One support.

Similar to a whale skeleton beached on Tiber's banks, the Music Bridge connects two parts of the city that had been ignoring one another for centuries. On one side the slopes of Mount Mario dominate the CONI (Italian National Olympic Committee) sports fields where many masterpieces of Italian modernist architecture were built: Moretti's Fencing Academy, the Youth Hostel, the Olympic Pool and later on the Tennis Stadium and the Stadio Olimpico. On the other side there is Quartiere Flaminio, with its theatre, contemporary art museum MAXXI and Renzo Piano auditorium. Donato Dozzy has converged sport and music in his sound installation for the Music Bridge, recounting the story of the two universes connected there. The work, originally presented in a 12 hours format, was a day-long journey through environmental sounds and Donato's own melodies. In the new-found synthesis we present today we experience once again time and Tiber flowing together, from the crack of dawn until nightfall artificial lights.

Few DJs and producers are as widely and universally acclaimed in techno circles as Italian Donato Dozzy. He has a rare ability to work his way into peoples' minds in both contemporary and classical settings, conjuring real mood and atmosphere. Never one to pay heed to the zeitgeist, he prefers to deal in hypnotic soundscapes that really take you on a trip.

Enigmatic as he is, and laidback as he seems, as an artist he is constantly unveiling new work. Displaying a large variation in terms of sound and method across many new releases each year -- some of which come on his co-owned label Spazio Disponibile -- he also puts out installations for public spaces and museums, uses obscure musical instruments, collaborates with likeminded producers, classical singers or visual artists. Donato seems to continuously challenge himself on a creative level: whatever method he uses, though, he is always likely to permeate your cerebral cortex and rewire it in fascinating and compelling new ways.

Written and produced by Donato Dozzy